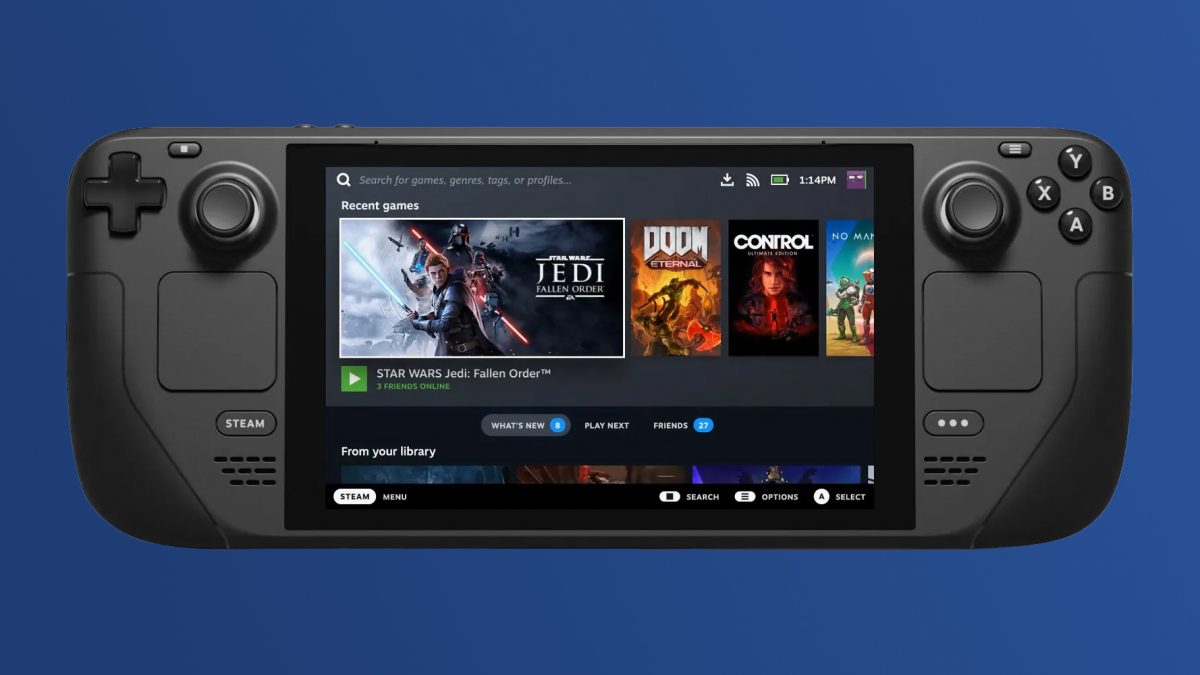 Valve has finally unveiled its portable gaming console: Steam Deck. This new product is a direct competitor to Nintendo’s Switch lineup. Valve’s Managing Director Gabe Newell had teased the launch of the Steam Deck in May 2021. The Valve Steam Deck features a 7-inch touchscreen display, an AMD processor, and various buttons. The Steam Deck will start shipping in December 2021 and it will be available in multiple storage configurations. Let us take a look at the detailed specifications and pricing of the Steam Deck.

The Steam Deck comes in just one colour: Black. It will be available for purchase starting December 2021 in Canada, European Union, the UK, and the US.

The Steam Deck features a 7-inch IPS LCD touchscreen display with HD resolution (1,280 x 800 pixels), a 16:10 aspect ratio, a 60Hz refresh rate, and 400 nits brightness. At the heart of the Steam Deck is a custom-made AMD APU that has a Zen 2-based quad-core CPU with eight threads and a GPU that has eight RDNA 2 CUs (Compute Units) which range from 1.0GHz to 1.6GHz clock speed. The APU power ranges from 4W to 15W. The Steam Deck comes packed with 16GB LPDDR5 RAM and it is available in three storage options: 64GB eMMC (PCIe Gen 2 x1), 256GB NVMe SSD (PCIe Gen 3 x4), and 512GB NVMe SSD (PCIe Gen 3 x4). All three models also feature a microSD card slot.

On the software side of things, the Steam Deck runs Linux-based SteamOS 3.0. However, Valve claims that the Steam Deck can run other Linux flavours and even Windows 11. Coming to the controls, the Steam Deck is equipped with A, B, X, Y buttons. It also has a D-pad, L & R analogue triggers, L & R bumpers, View & Menu buttons, and four assignable grip buttons. The Steam Deck is compatible with an external keyboard and mouse as well. And, it doesn’t matter if it is a wired or wireless keyboard or mouse, as the Steam Deck also features Bluetooth 5.0. The device also has dual-band Wi-Fi 5, a 3.5mm headphone jack, and a USB 3.1 Type-C port. You can also display the Steam Deck’s content on a TV or a monitor via the USB Type-C port.

The Steam Deck also supports a dock that lets you connect to external displays, wired networking, USB peripherals, and power. Do note that the Steam Deck Dock will be sold separately. As for the battery life, the Steam Deck is powered by a 40Whr battery. Valve claims that it can last anywhere between two and eight hours, depending on the game. The USB Type-C port supports 45W fast charging. Other features of the Steam Deck include stereo speakers and a dual microphone array. The device measures 298 x 117 x 49mm and weighs 669g.