> News > You Can Finally Transfer WhatsApp Chats Between Android and iOS 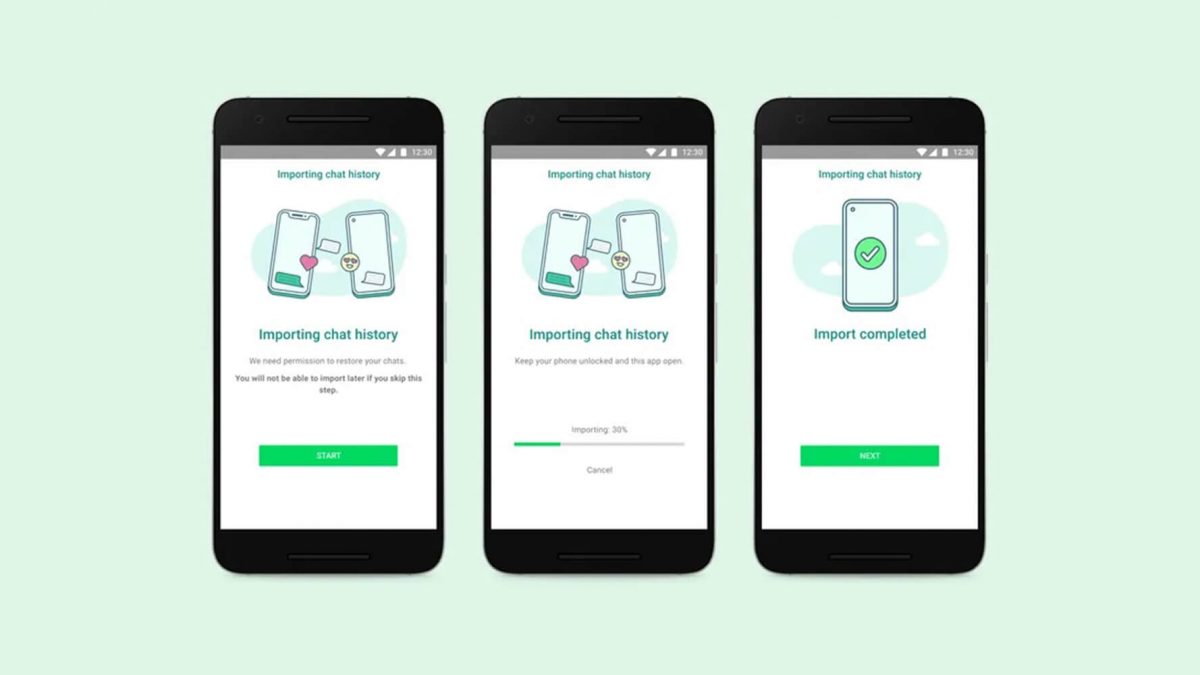 Facebook-owned instant messaging app WhatsApp has announced the much-anticipated Chat Transfer feature that lets you transfer chat history from an Android device to an iOS device and vice versa. WhatsApp was rumoured to be working on this feature for a long time and the feature was leaked several times over the past several months. Prior to the arrival of this feature, if you had to move your chat history from iOS to Android or vice versa, you would have to take the help of third-party software, which are unreliable and untrustworthy.

To use this feature, you have to use a physical connection between the two phones using a Lightning to USB Type-C cable. However, if you made an earlier transfer between iOS and Android and have two separate cloud backups, then this transfer feature will not merge those two backups into a single chat history. The Facebook-owned messaging platform says that if you migrate your chat history and then take the backup, it will overwrite any existing backups.

The WhatsApp Chat Transfer feature is coming to more Samsung devices running Android 10 (and above) over the next few weeks. It might also come to non-Samsung smartphones in the future, but the company hasn’t given us any timeline.

Prior to the arrival of this feature, WhatsApp chat data on iOS devices was stored in iCloud, while in the case of Android devices, it used to get stored on Google Drive. So, to transfer chat history, you either had to buy a new phone that uses the same operating system as your old phone or rely on third-party services that are unreliable and untrustworthy. However, with the arrival of WhatsApp’s own Chat Transfer feature, you don’t have to worry about backing up and transferring chat history regardless of your smartphone’s OS.