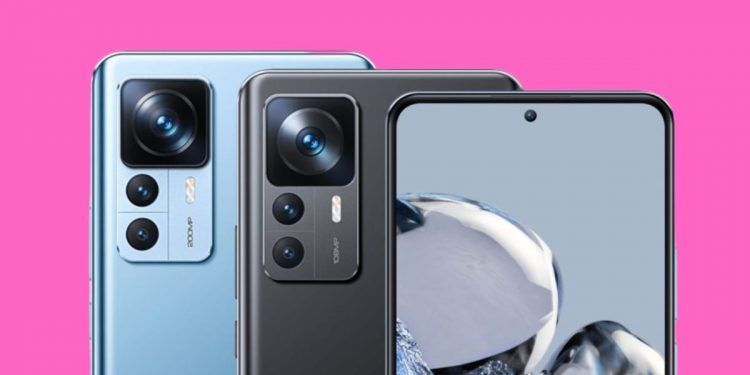 Xiaomi is reportedly gearing up to launch its 12T series of smartphones in the European markets soon. The series is said to consist of two smartphones—the Xiaomi 12T and the Xiaomi 12T Pro. Ahead of the launch, high-quality renders and a few key specifications of the smartphones have surfaced online. Let us take a look at the details.

According to a WinFuture report, the Xiaomi 12T Pro will feature a 200MP main sensor with an f/1.69 aperture, an 8MP ultrawide lens, and a 2MP macro sensor. As seen in the renders above, the smartphone will feature a rectangular camera module and a plastic body.

As for the other specifications, the Xiaomi 12T Pro is expected to be powered by a Snapdragon 8+ Gen 1 processor with up to 12GB LPDDR5 RAM and 256GB UFS storage. It could feature a 6.67-inch AMOLED screen with a 2,712×1,220 pixel resolution, a 120Hz refresh rate, and Gorilla Glass 5 protection. Based on the leaked renders, the display features a punch hole at the centre to house a 20MP selfie snapper.

When it comes to the battery, the upcoming Xiaomi 12T series smartphone is said to come powered by a 5,000mAh battery with 120W fast charging support. Other primary features on the Xiaomi 12T Pro might include Bluetooth 5.2 connectivity, NFC, IR Blaster, Wi-Fi 6, and stereo speakers tuned by Harman-Kardon.