Airtel, one of the leading telecom operators in India, has launched the Airtel Black plans in the Indian market on Friday. These plans basically combine two or more Airtel services in a single package. For example, you can get one mobile connection, one broadband connection, and one DTH connection in a single Airtel Black plan. So, what are the benefits of combining two or three services into one plan? How is it different from opting for these services separately?

Also read: 5G Trials Kick Off in India as DoT Gives a Go-Ahead to Telecom Operators

Here’re all the Airtel Black benefits

Well, first of all, you will get one bill for all the Airtel services so that you don’t have to pay each bill separately. Secondly, Airtel is offering a single call centre for all services in the Airtel Black plan so that you don’t have to reach out to separate call centres for different services. Speaking of which, Airtel Black customers will get a dedicated relationship team with priority resolution. Airtel is also promising that it will attend calls of Airtel Black customers within 60 seconds.

Then there are free service visits and also zero switching and installation charges. If you are thinking that those might be the only benefits, you are wrong. Airtel is also offering Airtel Xstream Box, which costs Rs 2,499, at no extra cost. Those are undoubtedly a lot of benefits. You can also customise Airtel Black plans according to your needs. For example, you can combine ten Airtel mobile connections, two Airtel Xstream Fiber connections, and two Airtel DTH connections under one Airtel Black plan. 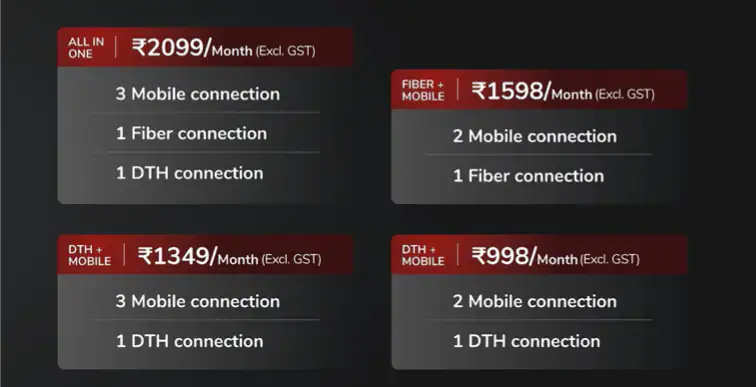 Airtel seems to be trying to make payments easier for its customers who use more than one Airtel service while also offering them a better customer support service. The telecom operator also seems to be aiming at attracting more customers to its platform by offering a simplified plan for mobile, broadband, and DTH connection. You can opt for Airtel Black service through the Airtel Thanks app that is available on the Google Play Store as well as the Apple App Store.