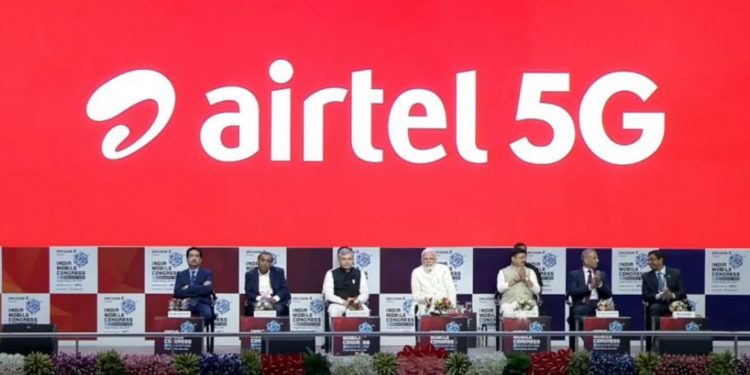 Airtel 5G will be available in eight cities in India from Saturday, Bharti Airtel’s chairman Sunil Bharti Mittal said at the inauguration of the India Mobile Congress. With the announcement, Bharti Airtel has become the first company to launch 5G services in India.

Airtel’s 5G services will be available in eight cities including Delhi, Mumbai, Varanasi, Bangalore, Siliguri, Chennai, and Hyderabad. Mittal also said the telco will roll out 5G services in more cities across the country by March 2023, and across India by March 2024.

According to a PTI report, Airtel 5G will be available at existing 4G rates for some time before a new tariff plan for 5G services is announced. Airtel’s chief technology officer Randeep Singh Sekhon told PTI that the backend infrastructure is ready. He said the service will be available in the area close to towers where the equipment has been installed. Airtel added that it is adding new cities for 5G services and increasing its penetration within cities.

At the same event, Reliance Jio chairman Mukesh Ambani said Jio’s standalone 5G network will have the cheapest tariffs and largest coverage. He promised to offer 5G pan India by December 2023. Vodafone Idea, which is currently riddled with debt and waiting for a buyout from the government, said it will be launching 5G services “soon”.

Bharti Airtel has partnered with Ericsson, Nokia and Samsung for 5G gear, inking the deals right after the auctions were over. The telco bought spectrum worth ₹43,048 crore in the auction concluded in July. It bought 19,867.8 MHz spectrum in the 900Hz, 1800Hz, 2100MHz, 3300MHz, and 26GHz bands, which will be used for 5G and to strengthen its existing 4G network.

Airtel’s announcement came after Prime Minister Narendra Modi launched 5G services in India, with each of the three telcos showcasing unique use cases that will be possible through 5G. Reliance Jio showcased a remote learning module using virtual reality and the metaverse, while Airtel showcased a hologram application, and Vodafone Idea demonstrated an industry-safety use case using HoloLens.