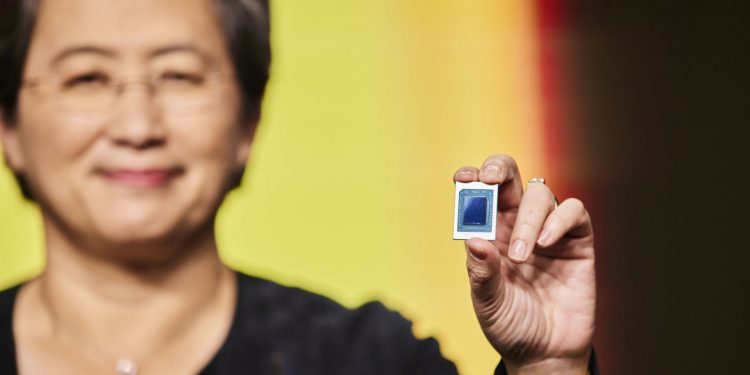 AMD’s next-generation Ryzen 6000 H-series CPUs have been officially launched. These laptop APUs are based on the latest Zen3+ architecture and are touted to improve the performance and efficiency of the burgeoning mobile computing platform. AMD had first unveiled these CPUs at CES 2022 last month, but the official launch is expected to herald premium thin-and-light laptops with better performance density vis-à-vis their weight and battery consumption.

The ASUS ROG Zephyrus G14 will be the first laptop to ship with the new mobile Ryzen processor, with the Ryzen 9 6900HS APU paired with the Radeon RX 6800S discrete graphics. The Zephyrus G14 targets the premium gaming laptop category, but many Laptop OEMs, such as Razer, Microsoft, Dell, Acer, Lenovo, and HP will launch their own laptops sporting the Zen3+ based Ryzen mobile processors beginning March 2022.

The AMD Ryzen 6000 H-series CPUs will be based on the company’s 6nm fabrication process, which allows it to cram 13.1 billion transistors into the same die footprint. This is up 22 percent compared to the 10.1 billion transistor count of the Ryzen 5000 series processors, while maintaining similar levels of power consumption. However, architecture improvements cited by AMD promise a 30 percent improvement in performance over the outgoing CPUs.

In fact, the H-series processors don’t need discrete graphics to deliver, what’s expected to be, a decent gaming experience thanks to the integrated AMD RDNA 2 graphics. AMD says that the 12 Compute Unit count amounts to a 50 percent larger execution engine, with the graphics pipeline capable of hitting 2.5GHz clock frequencies. The company also claims that the graphics performance has been doubled with the new APUs.

AMD, however, chose to showcase the graphics muscle of the Radeon RX 6800S paired with the Ryzen 9 6900HS in its own benchmarks, which showed it outperforming the NVIDIA RTX 3080 GPU in select games such as Halo Infinite, Far Cry 6, and Hitman 3. Apart from its impressive gaming chops, the new Ryzen 6000-series APUs also incorporate support for newer DDR5 RAM and standards such as PCIe Gen 4.0, USB4, Wi-Fi 6E, and HDMI 2.1.