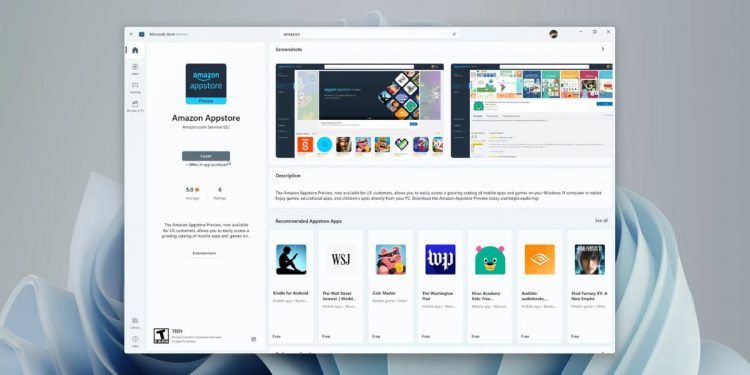 Last year, Microsoft introduced the Amazon Appstore to allow users to easily download various Android apps on their PCs running Windows 11. The Amazon Appstore is currently available in over 20 regions and countries. Now, the software giant has decided to expand the feature to over 31 countries including Australia, Canada, France, Germany, Italy, Japan, Spain, United Kingdom, United States and more. Let us check out the complete list of new countries that will get the Amazon Appstore.

As mentioned earlier, the Amazon Appstore was introduced as an officially supported marketplace for Android apps back in February 2022. Once downloaded, the feature allows you to browse through the wall of Android apps and download them on your Windows device. A preview of the feature with support for over 1,000 different apps was released earlier this year. Initially, the app was just limited to users in the US. However, the company has expanded it to several new regions over time.

As per the latest report, the Amazon Appstore is now being made available in more countries, including:

While the aforementioned list includes only 21 countries, Microsoft notes in its official blog post that the Amazon Appstore would be made available in 31 countries.

Today, we are excited to share that within the next few weeks, the Amazon Appstore will expand to 31 countries – including Australia, Canada, France, Germany, Italy, Japan, Spain, United Kingdom, United States and more.

What are your thoughts on the Amazon Appstore feature for Windows 11? Do let us know in the comments section below.