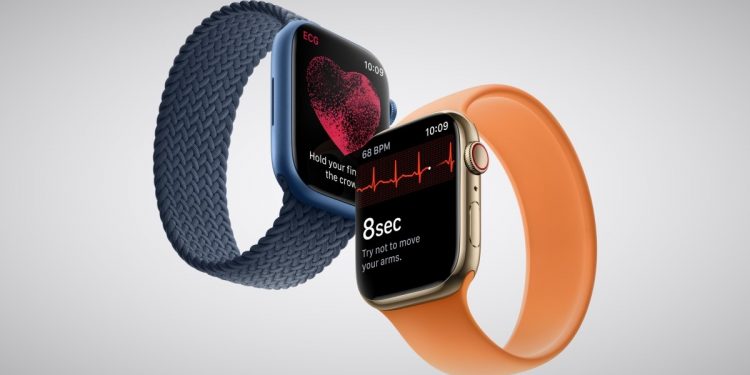 AliveCor, a medical device company that produces ECG hardware, has been at loggerheads with Apple since last year. Back in April 2021, AliveCor filed an antitrust suit with the International Trade Commission (ITC), accusing Apple of patent infringement. The ECG maker also filed an anti-competition complaint against the iPhone maker. Now, the ITC has ruled that Apple has infringed on AliveCor’s patented ECG technology. This could have serious ramifications, as it may lead to a ban on Apple Watch imports.

AliveCor announced in a statement that an ITC administrative law judge has issued an initial finding saying that Apple has infringed AliveCor’s patented tech. The final determination will be done on October 26, 2022. If the full ITC affirms the findings in October, it could result in a limited exclusion order. In simpler terms, the ITC will ban the import of infringing Apple Watches into the US.

“Today’s ruling is a strong validation of our IP and underscores that patents matter and even an influential company like Apple cannot simply violate them to stifle innovation,” said Priya Abani, CEO of AliveCor in the statement. “Since the start, our focus has been on our customers and providing them with strong choices to help monitor their cardiac health, including KardiaBand, the first-ever FDA-cleared ECG device accessory for Apple Watch,” Abani added.

Back in May 2021, AliveCor filed an anti-competition suit against Apple. The complaint stated, “To gain an unfair competitive edge, Apple put countless AliveCor users’ lives in danger.” The lawsuit adds that Apple “has injured both AliveCor and competition through its unlawful, anticompetitive behavior in the market for watchOS heartrate analysis apps. It has done so by abusing its monopoly power in that market, as well as the power it holds in the U.S. market for ECG-capable smartwatches. Apple’s behavior has excluded competitors, reduced innovation, and raised prices for consumers.”

Apple is no stranger to anti-competition lawsuits. Remember the Epic versus Apple lawsuit? AliveCor says that when it first developed the SmartRhythm ECG app for the Apple Watch, Apple readily added it in the App Store. However, Apple later claimed that the app violated App Store guidelines, without stating any specifics.

AliveCor alleges that Apple rewrote the App Store rules to prevent the app from being listed. Meanwhile, AliveCor kept updating SmartRhythm many times so that it adheres with Apple’s guidelines. Later, Apple put another nail in the coffin by changing watchOS’ heartrate algorithm such that competing apps like SmartRhythm would cease to work.