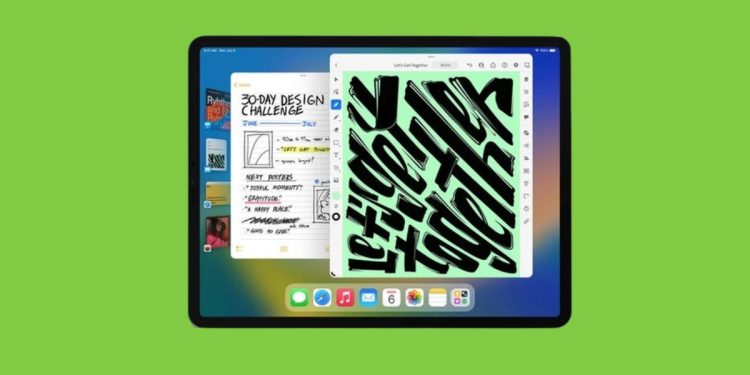 Apple is reportedly planning to delay the stable release of the iPadOS 16 by a month, as per a new report from Bloomberg. Although the company’s iOS 16 was expected to release in September, it appears that the tech giant needs more time to develop the Stage Manager feature in iPadOS 16. To recall, this new feature lets users operate several tasks at the same time, including resizing windows and bounce between different clusters of apps. However, it was reported that developers noticed that this feature was plagued with bugs during beta testing.

With the buggy Stage Manager feature delaying the iPadOS 16 rollout, the Cupertino-based tech company is now planning to release it in October. Currently, the company’s latest software version for the iPad is in the fourth developer beta testing stage and is also available for public beta testers. The delay of the iPadOS 16 will also put it closer to the launch of the other iPad, notes the report. Rumours suggest that Apple is planning to introduce the new iPad Pro with M2 chip and a faster iPad with a USB Type-C port sometime in October.

Also Read
WhatsApp For iPad Might Launch Soon, Company Says 'We’d Love To Do It'

Apple’s software releases this year have been slightly behind schedule this year since the beta phase of the update had started later than usual. The Mac is also getting the Stage Manager feature as a part of the macOS Ventura. However, the same feature on the macOS has been less contentious compared to that on the iPadOS 16. Apple is releasing the macOS Ventura, its latest software version for the Mac, sometime in October. The watchOS 9 update for the Apple Watches is arriving in September, which is right on schedule.

To recall, Apple’s iPadOS 16 includes new built-in features for a weather app, iCloud Shared Photo Library, Mail app improvements, new Mac-like control for the productivity apps, redesigned game center dashboard, better family sharing experience, redesigned home app, and FaceTime improvements, among others. You can head over to our detailed article here to learn more about iPadOS 16’s features, where we have also listed all the compatible iPads which will get this new software update.