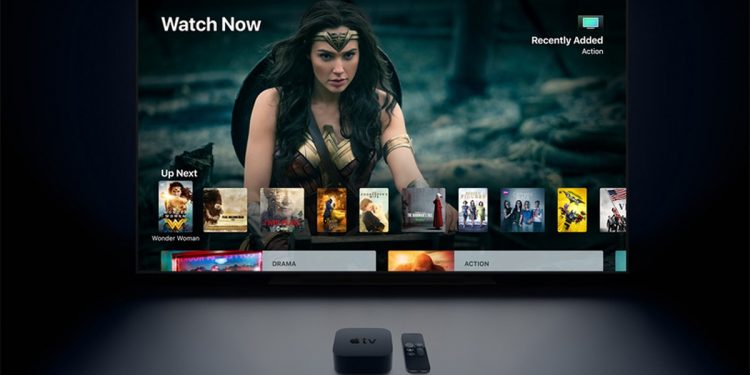 The Apple TV app came to Google TV in the beginning of 2021 and later made its way to Android TV in summer. It featured access to Apple TV+, various channels, along with options to rent and buy iTunes movies directly on Google TV or Android TV. However, the latest app update has wiped out the buy and rent options on both devices.

The app UI now shows a new “How to Watch” button instead. It displays the following message when selected—”You can buy, rent or subscribe in the Apple TV app on iPhone, iPad, and other streaming devices”. According to a report by FlatpanelsHD, buy and rent options option have disappeared from devices such as Nvidia Shield and Chromecast.

This new downgrade that came with the update was first reported by eagle-eyed Redditors last week. In the thread, OP noted that Apple TV no longer showed the store option in the app. Other users chimed in echoing similar issues with their Android devices, saying that the buy and rent options aren’t available anymore.

According to reports, you can continue to rent and purchase movies by simply avoiding the latest version of the Apple TV App update. You will still be able to access flicks that were already purchased in your movie library before the update. However, you will have to make new purchases or rentals from a non-Android TV device.

Interestingly, the update does not appear to affect the Apple TV+ subscription, which is still accessible via the Apple TV app. Additionally, those who own Roku TVs as well as Samsung and LG smart TVs can continue to rent and buy movies from the Apple TV app.

It’s unclear why Apple decided to downgrade the app experience for Android devices. There are some speculations stating that it could be tied with the iPhone maker’s greed for commissions. Just like the App Store, Google levies a 30 percent commission on in-app purchases, which includes Android TV and Google TV. Apple may not be happy paying the commission to Google, prompting the company to remove buy/rent options on Android devices. Furthermore, it may even prompt users to purchase Apple devices to continue enjoying their Apple TV experience.