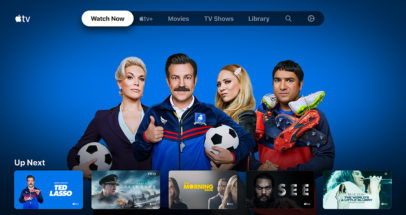 On Tuesday, Nvidia, in a blog post, announced that its Shield TV streaming devices now support the Apple TV app along with the Apple TV+ streaming service. The company also revealed that the app supports Google Assistant for voice commands. Eventually, Google confirmed to 9to5Google that the Apple TV app is now available for the “Android TV OS ecosystem”. According to Google, any Android TV device running Android 8.0 or higher will be able to access the Apple TV app through Google Play Store.

Unfortunately, the Apple TV app is still not available for Android smartphones and tablets, and Windows devices. People who want to access the Apple TV+ service on these devices will have to head to the web interface of the video streaming platform. Currently, the Apple TV app is available on Apple TV, iPhone, iPad, Mac, Roku, Amazon Fire TV, TVs from Samsung, LG, Vizio, and Sony, and on Sony Playstation and Microsoft Xbox gaming consoles.