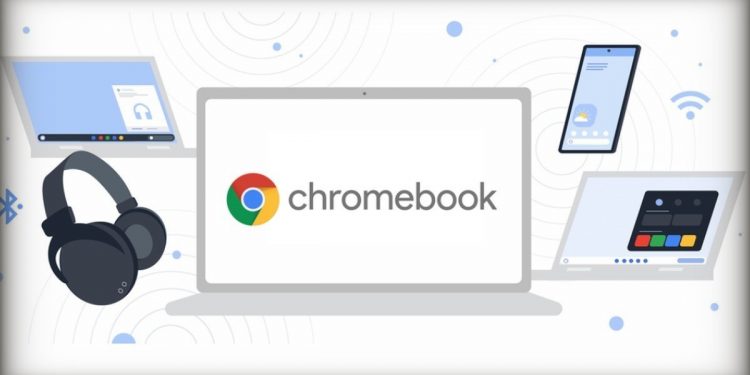 Google had revealed some new features for the Chromebook at the CES and I/O events this year. Now, the search giant has announced that functions such as Nearby Share and improved Bluetooth connectivity will be arriving for Chromebooks via the Chrome OS 103 update. Let’s check out what the latest update offers.

Google started rolling out Nearby Share early this month, which added the capability to quickly and securely share files, music, and pictures between your Chromebook and other Android or Chrome OS devices. Now, with the latest Chrome OS 103 update, you can use your Android phone to share your Wi-Fi password with a Chromebook via Nearby Share.

The Wi-Fi credentials will be sent to the Chromebook via Nearby Share, thus ensuring that the device automatically connects to the Wi-Fi. Google adds that it has made significant improvements to Nearby Share by streamlining the onboarding process and making sharing speeds 10 times faster.

Last year, Google announced Phone Hub, a control center nestled in the notifications hub of your Chromebook. It includes a variety of nifty Android phone shortcuts right on your laptop. The newest Chrome OS 103 update now lets you access all the photos you took on your phone, even if your device is offline.

With this feature, you will no longer have to email yourself pictures from your phone so that you can access it on your Chromebook. You will now be able to view it directly in Phone Hub on your laptop. It can be found under “recent photos”.

Google is also planning to release the Screencast app for Chromebooks later this week. Screencast, as the name suggests, allows users to share their screens on supported displays. Additionally, it allows users to edit the videos and even draw on the screen while it is recording.

Lastly, Google announced that Fast Pair is arriving in late summer. Fast Pair allows you to sync headphones and other compatible devices with your Chromebook.