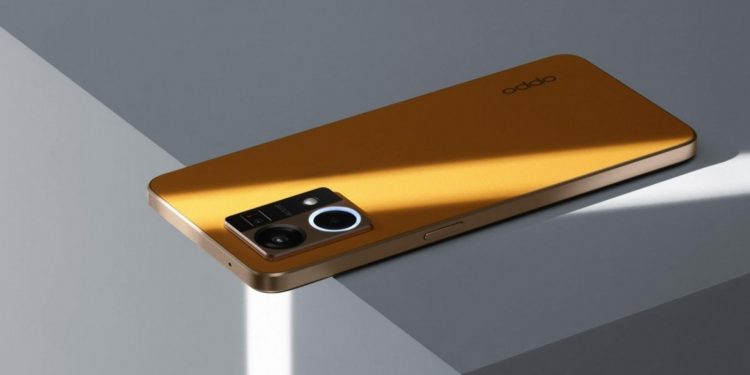 OPPO’s current-generation F series smartphones—F19, F19s, F19 Pro, and F19 Pro+—arrived last year, and the company is following it up with the F21 series. The company has confirmed that the OPPO F21 series would arrive in India on April 12, 2022. Earlier this month, Onsitego had exclusively revealed the renders and the launch timeline of the F21 Pro 4G and the F21 Pro 5G. Now, we are exclusively bringing you the key OPPO F21 Pro images, specifications and features, courtesy of our insider sources.

Our sources reveal that OPPO is gearing up to announce two new smartphones: OPPO F21 Pro 4G and OPPO F21 Pro 5G. The 4G variant of the smartphone would be available in two colour options: Cosmic Black and Sunset Orange. Confirming our previous leaks, the OPPO F21 Pro 4G will be powered by the Snapdragon 680 processor.

The smartphone will include a triple-camera setup on the rear, which has a 64MP primary camera, a 2MP macro camera, and a 2MP depth sensor. On the front, there is a 32MP selfie camera (Sony IMX709). The smartphone will be one of the slimmest phones available in the market right now, measuring 7.49mm for the black colour option and 7.54mm for the Sunset Orange variant.

The OPPO F21 Pro 5G will be sold in Cosmic Black and Rainbox Spectrum colours with OPPO’s Glow design and a dual orbit light. For imaging, the phone will include a similar camera setup as the 4G variant: 64MP primary + 2MP macro + 2MP depth sensor. However, the 32MP shooter at the front is replaced by a 16MP camera. The 5G smartphone is equipped with the Qualcomm Snapdragon 695 5G chipset. It measures 7.49mm and 7.55mm in thickness for the Cosmic Black and Rainbox Spectrum colours, respectively, and weighs 175g.

Both smartphones run on Android 12-based ColorOS 12.1 out of the box. The pricing information about the upcoming smartphones still remains a mystery and things will only get clear closer to the launch.