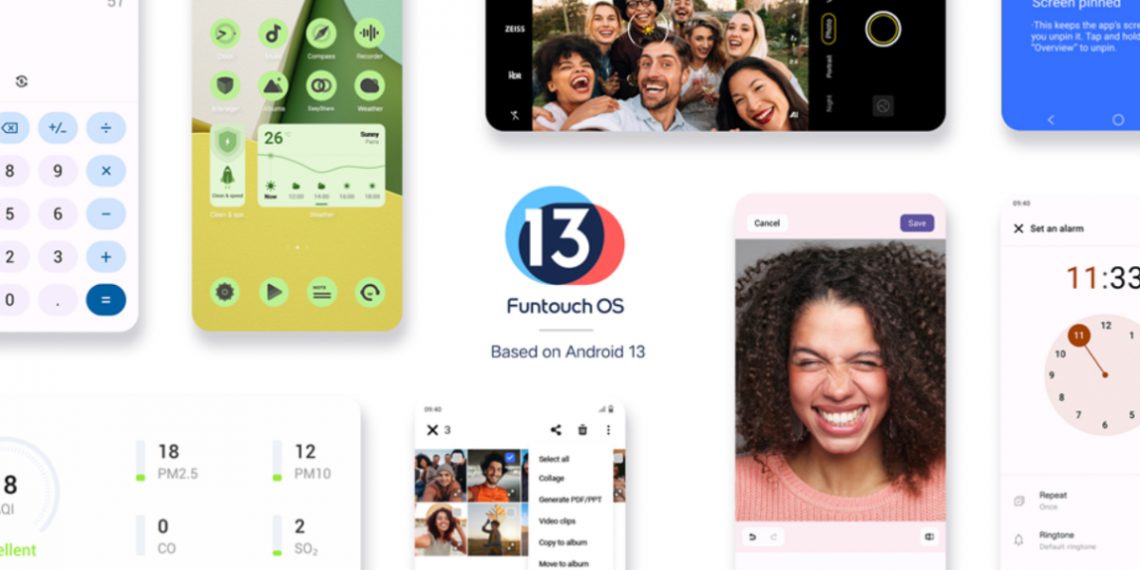 Before we move to the list of phones which will be getting the Funtouch OS 13 update, let’s have a look at what the new Funtouch OS skin contains. The new Funtouch OS 13 software version is based on Android 13, and it includes a monochrome icon feature. This new feature lets users change the color of their home screen icons to match their wallpaper, system, and app interfaces. Furthermore, the Funtouch OS 13 also allows users to customize colors on their system’s UI and built-in apps, including their notification panels, volume control, calculator, and clock.

The Funtouch OS 13 also includes a feature called “app pinning” which helps to keep sensitive data secure. This particular feature comes handy when someone else uses your device. With the two-level pinning function, the chosen app remains in view and prevents access to other apps on the device. Vivo claims that this new feature enables greater flexibility, allowing the owner to set parameters and control the allowed actions within the pinned app when other people are using the device.

With the new Funtouch OS 13, Vivo is also adding improved application management with the iManager, which can help monitor app usage time. If the CPU usage is too high in some scenarios, users can shut that application down with one tap. Furthermore, the iManager can also prevent overheating by reducing the number of active applications and adjusting CPU frequency based on the Phone cooling feature.

In addition to displaying information about the weather, the dashboard now also includes an AQI card for health-conscious users who want to check the latest information regarding air quality, with a detailed PM2.5 index available in addition to weather updates. Furthermore, Vivo claims that the new Funtouch OS 13 refines the video editing process, thereby enabling users to mute the sound of the video while editing the footage and even make precise volume adjustments on each segment of the video.

As far as the accessibility features are concerned, the company has made enhancements with color correcting and inversion, and also added the option to remove animations for users with specific needs, such as visual impairments.

Do note that the Funtouch OS 13 update will be arriving on the above-mentioned devices in the beta form initially. We can expect a broader release of the update once iQOO makes sure that the new build doesn’t contain any bugs.