In addition to causing 45 lakh fatalities worldwide, the COVID-19 pandemic has had the uncanny side-effect of making the masses intimately acquainted with the two most sought-after commodities in recent times—vaccines and semiconductors.

But even as vaccine supply catches up with global demand, the chips that power everything, from laptops and smartphones to automobiles and washing machines, are becoming increasingly harder to find than Blackberry users. No wonder prices of smartphones, PCs, laptops, gaming consoles, TVs, and other electronics have been increasing over the past year.

COVID-19: A Catalyst, Not the Cause For Global Chip Shortage

From gamers compelled to shell out lakhs for graphics cards that would otherwise cost thousands to global car manufacturers poised to lose hundreds of billions in profits this year—there isn’t anyone big or small that hasn’t felt the pinch of the global chip shortage.

But what has caused the supply chain meltdown affecting the most essential building block of virtually all modern consumer durables?

COVID-19 is the answer that’s most often thrown around lazily. While the pandemic did knock semiconductor factories offline for a few months, global chip production has been running full-steam long enough to have technically caught up with the initial hiccup. But that evidently isn’t the case.

So, what is the real reason?

Although the pandemic served as the initial catalyst and created conditions that led to the global chip shortage, this is more a problem of uncharacteristically high demand than that of any systemic supply issues. And understanding how the semiconductor industry works is key to unlocking the finer nuances of this unprecedented phenomenon.

At the outset, it is important to know the difference between simple microcontrollers, powering the brains of your car’s engine management system, and microprocessors or SoCs needed to control the satnavs and infotainment systems.

Microcontrollers are also the brains in common appliances such as air conditioners and washing machines. These are commonly manufactured across the globe, with a relatively more diverse and redundant supply chain. Relative is the operative word here because a whopping 75% of all global semiconductor manufacturing capacity is concentrated in China and East Asia.

Microprocessors and SoCs powering smartphones and laptops, however, are more complicated beasts. So complicated, in fact, that 100% of all advanced semiconductor fabrication foundries (10-nanometer lithography or smaller) are concentrated between Taiwan and South Korea. The latter only accounts for 8%, with Taiwan commanding a whopping 92% of all the chips powering everything from NVIDIA graphics cards and AMD processors to SoCs found in all iOS and Android devices.

With the exception of Intel processors, the brains underpinning practically everything else bearing a display is manufactured in the tiny island nation of Taiwan. And the graph alongside amply demonstrates how all that is manufactured by one company named TSMC or Taiwan Semiconductor Manufacturing Company.

Manufacturing these chips is an incredibly complicated and time-consuming process. Intel’s antiquated 14nm processors, for example, requires the wafers to be etched by 70 different photomasks, while being transported 27 miles through different manufacturing units—all over a span of several weeks.

The 5nm and 7nm chips manufactured at TSMC, however, are far more complicated.

The point being, manufacturing a batch of chips for, say, Apple or NVIDIA takes months, so chipmakers like TSMC have to take orders from these brands several months in advance in order to schedule production slots for an entire year. Semiconductor fabrication foundries also cost tens of billions of dollars to set up and more to staff and maintain, so they are built and expanded according to carefully projected market forecasts.

In other words, everyone from auto and appliance manufacturers to smartphone and laptop brands has to coordinate at least a year in advance with TSMC to book chip manufacturing slots and decide exactly how much they need. Usually, such planning and projections work out because global demand for consumer durables is fairly predictable.

That is, until you’re forced to contend with a global pandemic that throws the proverbial spanner in the works. It might be hard to believe given the circumstances, but the automobile, electronics, and computing industries actually pre-empted the effects of the pandemic on global sales and adjusted their order books for chips with TSMC (and its ilk) accordingly.

Except, these manufacturers course-corrected in the wrong direction!

No One Could Foresee These Black Swan Events

Assuming no one would buy cars during a lockdown, car manufacturers decided they could do with fewer chips for the engine management and infotainment systems. The consumer durable industry too slashed their order books for chips expecting a slow economy and reduced consumer spending.

These were measures that sounded practical and prudent at that time. The COVID-19 pandemic, however, spawned black swan events that no one could anticipate.

The global economy didn’t grind to a halt. The teeming billions of white-collar office workers began telecommuting instead. The same manufacturers of laptops, personal computers, webcams, and wireless routers anticipating a massive slump were instead overwhelmed by unprecedented demand.

US President Joe Biden’s generous stimulus cheques constituted another black swan. The current administration countered the impending economic slowdown by printing a fifth of all US dollars that ever existed during the pandemic. That’s $3.44 trillion pumped into the economy through stimulus cheques and other federal measures.

Chip supply was never really an issue, what caused the shortages was the very same money that was pumped back into the economy by the US citizens.

This prompted bored millennials, with nothing better to do at home than play video games, to buy PlayStation 5 consoles and graphics cards in droves. Despite the production crunch, Sony managed to sell an eye-watering 10 million PS5 consoles as of this July, thereby making it its fastest-selling console ever.

We have already gone over how the auto industry suffered hundreds of billions in lost profits as a consequence of their bleak outlook, so no point flogging that dead horse.

Will the Chip Shortage Situation Improve?

This brings us to what happens next. Will you be able to build a gaming rig in the near future without having to pawn off both your kidneys? Short answer: About as likely as Biden being re-elected for a second term.

The long answer is also closely related to Joe Biden, or rather the consequences of his stimulus cheques competing with all minimum wage jobs critical to keeping the logistics and supply chain alive. And that pretty much explains why the US has a whopping 8.4 million unemployed citizens despite there being 10 million job openings.

An active workforce constitutes the red blood cells of an economy.

Without the men needed to unload containers and haul them in trucks, you have to contend with supply chain crises such as this three-month-long logjam of container ships outside of California. The situation has gotten so bad that even corporate behemoths such as Coca-Cola have had to improvise around the crippling freight crisis.

Similar woes elsewhere in the world have led to increased supply lead times and an astronomical rise in shipping costs.

But even as the West falters, perhaps China has things figured out, right? It’s quite the opposite, unfortunately. China’s recent cryptocurrency crackdown may have been a reaction to its brewing energy crisis after all. And it’s bad.

Chinese Premier Xi Jinping’s lofty green initiatives and overzealous anti-coal measures without provisioning for viable alternatives have led to power shortages so severe that factories in key industrial regions have been forced to operate for just two days of the week. This looming crisis has even greater ramifications than chip shortages.

Even if TSMC were to ramp up chip production and solve all logistics issues, let’s not forget that the chips needed to run smartphones, laptops, appliances, and vehicles are populated on printed circuit boards with a hundred other components such as capacitors, resistors, inductors, MOSFETs, and more.

These components are primarily manufactured in China by factories that are presently starved of power and running at a fraction of their production capacities.

Although analysts and CEOs of chipmakers alike had predicted the shortages to last until 2023, China’s energy crisis is yet another black swan event that could make things worse. That is until you realise that most defence think tanks are certain that China will annex Taiwan by 2025. This is where I remind you that TSMC is responsible for the supply of a whopping 92% of all advanced chips used in smartphones and computers. Come to think of it, a pair of kidneys doesn’t sound all that bad for a new Nvidia RTX 3080 graphics card now. 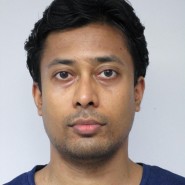 Quick Fixes For A Laptop Keyboard That Is Not Working

Make The Most Of The Onsitego Festive Offers

Ways To Save A Water-Damaged Smartphone