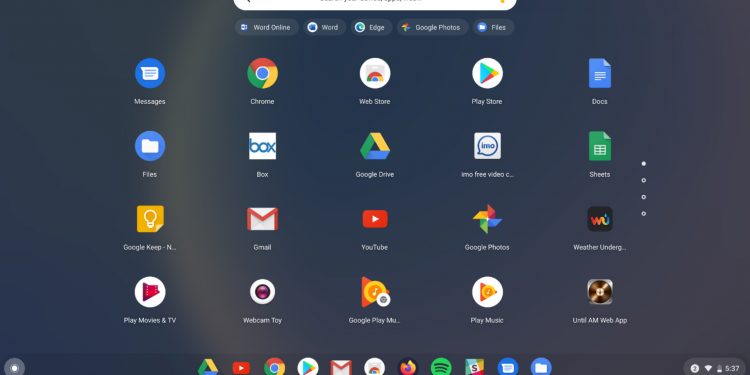 Google is rolling out a new version of Chrome OS to Chromebooks and other Chrome OS-based computers. The new version of the operating system introduces a bunch of new features and improves the current set of features. The company has been releasing various major features with recent Chrome OS updates, but this one is a slightly minor update.

The latest Chrome OS 107 brings two new features. The first feature lets you quickly save your current desktop state to resume later. The feature, aptly named ‘Save Desk For Later,’ lets you save the current workspace from the Overview screen from the button that appears above the left-most window. When you click, you will be taken to a ‘Saved For Later’ screen, right next to the ‘New Desk.’ It lets you assign a name for your desks, see the creation date so that you’re not confused, and have a row of open favicons. Tapping on them will restore the desk you had saved for immediate use.

Furthermore, if you hover the cursor over the open desks on the top strip, you will see a close button to close the older desks and maybe release some memory. Thankfully, there’s an undo button if you accidentally close one and want to restore. Google is also reportedly testing a feature that lets you merge multiple desks into one.

The next new feature is a recent view in the File App that has been revamped with a new ‘Documents’ filter. The list below is now organised by time period instead of being a continuous scroll, helping with quick identification. Furthermore, Google also allows users to long-press on the hardware keyboard to access accented letters. You could earlier do this with the virtual keyboard, but now you can do it on physical keyboards as well. If it’s not enabled automatically, you can easily turn it on manually through the following code: