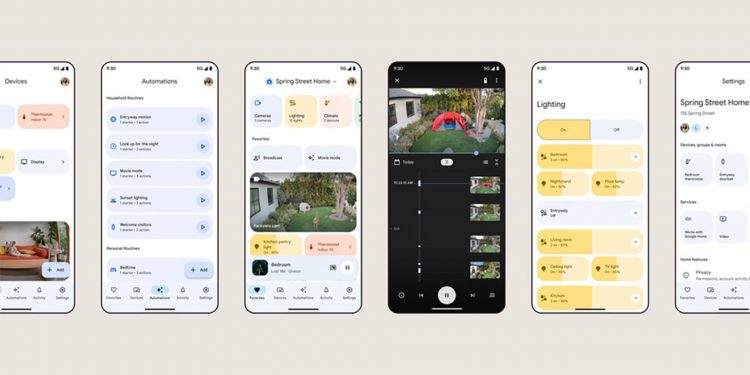 The Google Home app received a major revamp with support for the new Matter smart home standard and easier pairing options, among many other features that brings it at par with Amazon Alexa and Apple’s HomeKit. Alongside the new Nest devices, Google announced a huge overhaul of the Google Home app that features a new design and more.

The revamped Google Home app includes a major redesign and support for new smart home standards, among others. The Google Home app now has a design language in line with that of Android 12 and Android 13’s Material You design. It features a tabbed design that includes Favourites, Devices, Automations, Activity, and Settings.

The Google Home app also features Spaces which will arrive next year. It will allow users to define spaces for smart home devices that are not physically placed in the same room.

The Home app also has a dedicated media widget in the home feed which can automatically detect media playing in any of the smart home devices and show playback controls, TV controls, etc. Routines in the previous Google Home app is now part of Automations tab where users can create triggers to execute multiple devices like turning on the lights when you enter the home and connect to Wi-Fi.

Google is also working on a script editor for advanced automation, like the Tasker app. It will allow users to create unlimited customisations and automations. The script editor will come next year.

The Matter support will arrive on Google Home later this year. The standard works across multiple brands including Google Nest, Amazon Alexa, LG, Samsung, and more.