Google unveiled two new smartphones, a smart speaker, and an Android TV-powered media streaming device during its ‘Launch Night In’ event last night. As opposed to earlier high-end Pixel phones, the Pixel 5 feels like a mid-range device and not a true-blue flagship. For starters, it doesn’t use the high-end Snapdragon 865 or Snapdragon 865+ processor. Moreover, it still comes with just two cameras and drops the Project Soli Radar-powered Motion Sense and 3D facial recognition features.

The company has rather focussed on bringing some of the most requested features to the new Pixel lineup at an affordable price. The Pixel 5 gets 5G connectivity, a premium build, higher memory, and a bigger battery. Let us have a look at all Pixel 5 features and pricing.

The Google Pixel 5 features a 6-inch OLED screen with Full HD+ resolution, a 90Hz refresh rate, and HDR10+ playback capabilities. The screen is protected using Gorilla Glass 6, and the phone’s metal-and-glass build is IP68-certified for dust and water resistance (up to 1.5 metres of depth for 30 mins). Google has replaced Pixel 4’s Soli Radar and 3D facial recognition capabilities with a conventional capacitive fingerprint reader on the Pixel 5’s rear. Google’s SVP of Hardware Rick Osterloh said that Soli Radar and Motion Sense will return in future Pixel devices.

The phone runs Android 11 out of the box and uses the Qualcomm Snapdragon 765G processor, 8GB RAM, and 128GB UFS 2.1 storage. Granted, the hardware isn’t nearly as fast as smartphones from other brands in the category, but the Snapdragon 765G is plenty fast for most tasks and even gaming. I wish Google had offered a microSD card slot or a 256GB variant of the Pixel 5, but then how will it sell those Google One subscription plans? The company has also dropped the Pixel Neural Core chip that did all the computational photography work and sped up tasks like speed up Face Unlock and Google Assistant on the Pixel 4. 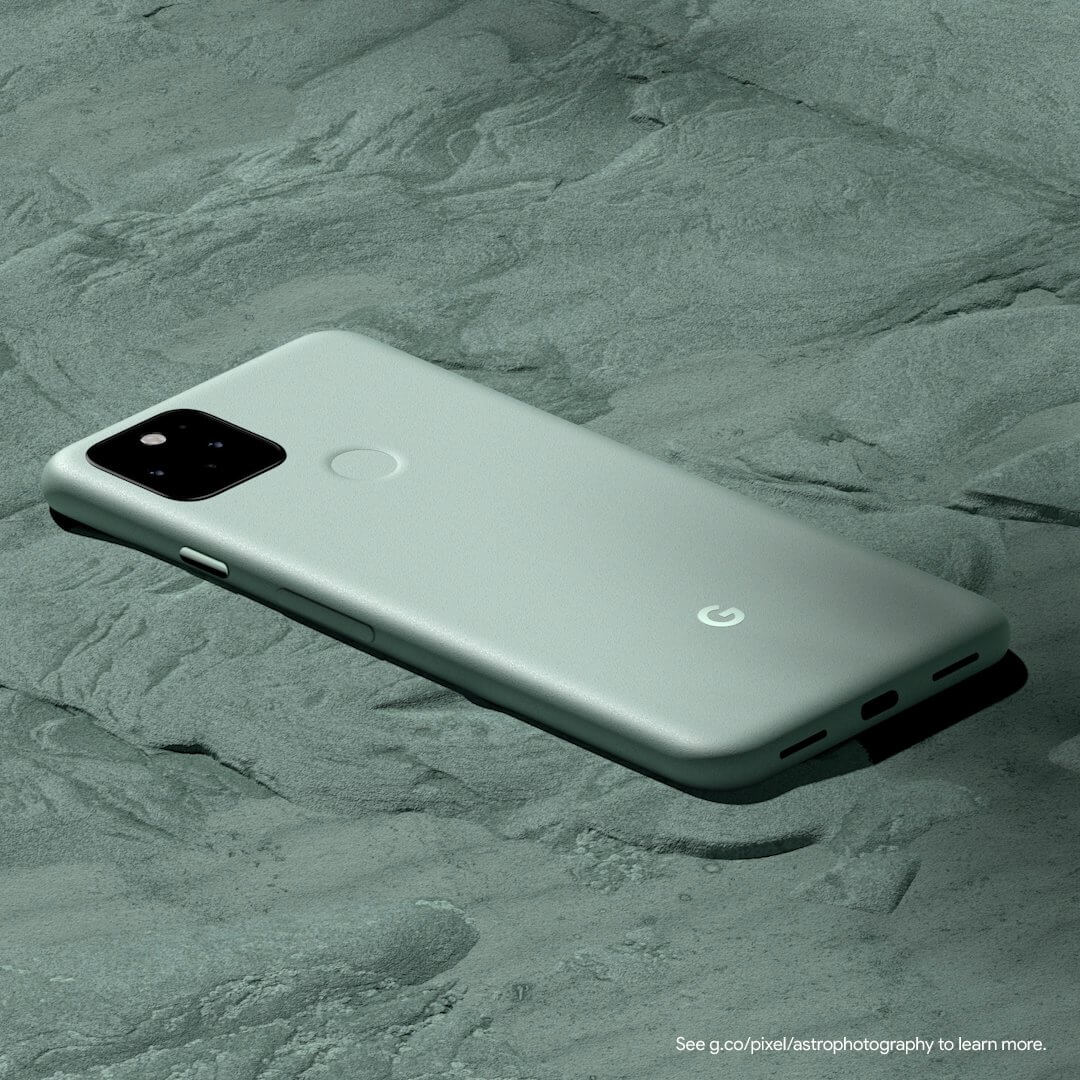 In terms of imaging, Google has used the same old 12.2MP camera sensor (1/2.55-inch) with a wide-angle lens, an F1.7 aperture, dual-pixel autofocus, and OIS. However, the company has backtracked on its claims from last year and replaced a telephoto camera with an ultrawide one, a 16MP sensor with an F2.2 aperture and 107° field-of-view.

And finally, Google has brought the ability to record 4K 60fps videos to its Pixel lineup of smartphones with the Pixel 5. However, the company hasn’t specified if the ultrawide camera is also capable of recording 4K 60fps videos. The rear-facing cameras can also record up to Full HD (1080p) 120fps slow-motion videos. At the front, there’s an 8MP camera with 1080p 30fps video recording, and it’s a shame that Google hasn’t upgraded the selfie camera on its smartphones for years. In fact, it has downgraded the selfie camera by removing the autofocus mechanism that was present in the Pixel 3.

Google has also added four new camera features: Cinematic Pan, Active Stabilisation, Locked Stabilisation, and Night Sight in Portrait Mode. The Cinematic Pan feature, which Google says is inspired by the equipment Hollywood directors use, offers shake-free panning of videos, making them appear more cinematic and professional. Google hasn’t mentioned if the new feature will also be rolled out to older Pixel phones. The Active Stabilisation feature is geared towards reducing heavy movements while recording videos. The Locked Stabilisation feature is designed to reduce shakes while capturing zoomed-in shots. The Night Sight feature will now work in Portrait Mode as well, offering you the ability to click images with a blurred background (bokeh effect) even in low-light conditions. Google is also retaining Astrophotography and Super Res Zoom features that it had introduced last year with the Pixel 4 lineup.

The Pixel 5 brings 5G connectivity (both sub-6GHz and mmWave in some regions), LTE, dual-band Wi-Fi 6, Wi-Fi Direct, Bluetooth 5.0, GPS, NFC, and a USB Type-C port. The phone also features an eSIM, so it can work in the dual-SIM mode. It has a 4,080mAh battery that supports 18W fast charging via USB Power Delivery (PD). The Pixel 5 also features Qi wireless charging and reverse wireless charging despite its aluminium body, something no other smartphone brand has been able to achieve. The Pixel 5 also features stereo speakers and a bunch of sensors (accelerometer, barometer, compass, gyro, and proximity). It is available in two colours: Just Black and Sorta Sage.

Google has opened pre-orders of the Pixel 5 in eight countries already, and the phone will start shipping from October 15. In the US, the phone will be available on October 29. The Pixel 5 is priced at $700 in the US, €630 in Europe, and £599 in the UK. In France, Germany, Ireland, and the UK, pre-orders received until October 14 will get a free Bose QC 35 II wireless headphones.

Sadly, the Pixel 5 won’t be sold in India, and this is the second year Google isn’t launching its flagship phone in the country. In a blog post, Google said, “The price of the Pixel 4a in India will be revealed closer to its launch in October 2020, when it will be available for purchase on Flipkart. Regarding the two new 5G Pixel phones that were announced globally today, these will not be available in India or Singapore, based on a variety of factors including local market trends and product features. We remain deeply committed to our current Pixel phones and look forward to bring future Pixel devices to these countries.“

Xiaomi Mi Band 7 Set To Launch On May 24