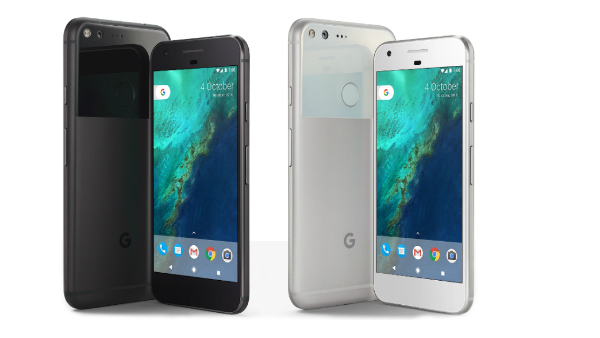 After the launch of iphone 7, if there’s any smartphone that everyone has been talking about, it’s the Google Pixel and Pixel XL. Post the superhit Nexus series Google recently unveiled the Pixel phones, known to have the best smartphone camera, specifications similar to an iPhone7 and the exclusive Google-designed version of Android 7.1 Nougat. You have enough reasons to fall in love with the Google Pixel. But, nothing is ever perfect. Like any other smartphone, the Google Pixel too has some drawbacks. If you’re buying a Pixel, here are some common problems that users have been complaining about…

Bluetooth Bug
Pixel owners have already been facing Bluetooth connectivity issues, especially while travelling. The Bluetooth pairs easily with the headphones but doesn’t connect in the car to the music system. Even if it does, it disconnects on its own when you try making a call. Also, the connectivity is said to drop off at times despite being in the Bluetooth range. This was a big problem in Android 6.0 too but Google eventually fixed it.

WiFi Issues
This is actually a common problem with most smartphones today and something that Google can easily fix but since it’s one of the big issues people using the Pixel are currently facing, it had to be in our list of Pixel problems. Some of the Pixel and Pixel XL WiFi connectivity issues include a weak Wifi connection or WiFi that automatically switches to your mobile data. The simplest way to temporarily solve this issue is to switch off your WiFi and switch it on again. If that does not work, try turning on the Airplane mode for 10 seconds and then turn it off again.

Lens Flare Problem
The Google Pixel phones are said to have a stunning camera, almost as good as a DSLR. It has scored really high for its picture quality and so far most owners absolutely love it. Sadly, there seems to be an issue with the lens flare. This simply means, the camera sometimes captures a flare of light, or a ring in the photos when shot during the day. Flare is a property of camera lenses that comes in different shapes and sizes and can even be used as an effect for your pictures. Of course, this is a rare problem and not all pictures are said to have the lens flare issue.

It Overheats
You may suddenly find that the Pixel is getting too hot. It’s possible that certain apps are causing the phone to overheat quickly. Go to Settings > Battery and look at a list of apps that are running. If there are apps that are draining a lot more battery than the others, that could be what’s causing the phone to heat up. Disable the app by tapping on it and hitting ‘Force Stop’. This should resolve the issue.

Microphone Issues
Many users have also reported that the Pixel’s microphone suddenly stops working. This means, you can’t make calls or use Google Assistant’s voice recognition feature. Apparently, Reddit is flooded with complaints about the device’s mic, although some people have already got a replacement. As a quick fix, you could try turning the speakers on and then off during a call and the microphone might just work properly. If that doesn’t work, try doing a factory reset.

The Google Pixel costs Rs 56,499 (32 GB), while the Pixel XL costs Rs 66,990 (32 GB). They’re both equally good and if you liked the Nexus series, you’ll surely love this one. If you plan to buy the Google Pixel or Pixel XL, do make sure you buy it with an extended warranty. It’s a delicate phone and there are higher chances of an accidental damage. Also, since the phone already has bugs (which we’re sure Google will soon fix), it would be best to buy the phone with an extended warranty. The extended warranty will not only give your smartphone an extended life but also cover defects and malfunctions that arise after the manufacturer’s warranty expires.

(Prices mentioned above are subject to change)

One thought on “The Google Pixel And Its Problems”

We all know how frustrating it is to see your mobile phone’s battery drain too fast, especially when you need... END_OF_DOCUMENT_TOKEN_TO_BE_REPLACED

Are you looking to buy a smartwatch soon? If so, we have shortlisted the best smartwatches in India that you... END_OF_DOCUMENT_TOKEN_TO_BE_REPLACED

Are you looking for the best smartphones under ₹10,000? We are approaching the end of the year, and countless devices... END_OF_DOCUMENT_TOKEN_TO_BE_REPLACED

Tech-nically speaking, every day is a Mother’s Day but this 12th May you can make your mom feel special this Mother’s... END_OF_DOCUMENT_TOKEN_TO_BE_REPLACED

Some of the best noise-cancelling headphones offer a solution to the current work-from-home situation. Since the pandemic, most people have... END_OF_DOCUMENT_TOKEN_TO_BE_REPLACED