Google Pixel Tablet Can Turn Into A Smart Display When You’re Not Using It, Thanks To Charging Dock 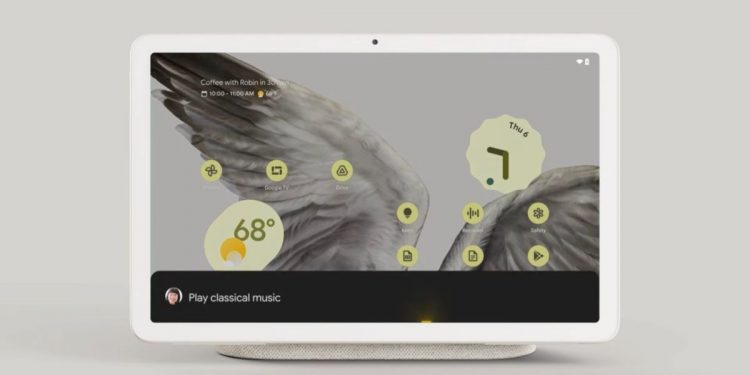 Google teased the Pixel tablet and said that it will launch in 2023 during Google I/O back in May. Now, the company revealed during the Pixel 7 unveiling this week that the Pixel Tablet will include a new Charging Speaker Dock, as had been previously rumoured. The Tensor G2 SoC from Google, which also powers the Pixel 7 line of smartphones, will power the tablet. This will allow the company to test the same semiconductor for upcoming device classes.

In terms of design, Google is promoting “luxury materials and finishes,” highlighting the creation of a novel nano-ceramic covering the tablet with a texture akin to that of porcelain. The coating, which is sprayed to a body made entirely of recycled aluminium, contains tiny ceramic particles to give it a “soft matte appearance and textured feel” that is reportedly unmatched in the market. Additionally, the Pixel tablet is said to come with stylus support as an unannounced Google-made stylus was seen on a certification website.

Although Google is quietly developing Fuchsia OS, it is evident from the most recent renderings that the Pixel Tablet will run Android. Additionally, this will be the first time we get to see the Android 13L, which has been specifically tailored for tablets and foldables, in use on a Pixel device. Google will need to add more features to the Pixel Tablet in order to make it an attractive proposition because Android tablets have not gained popularity the way Apple’s iPads did and this is where the Dock comes into the picture.

There were rumours about Google developing a “dockable tablet form factor where the screen detaches from a base/speaker” back in March. A “Charging Speaker Dock” for the Pixel Tablet was introduced by Google. The device has pogo pins on the back, and it appears like magnets are being used to link them for a setup that closely resembles a Nest Hub Max. Google claims that when used together, you get hands-free Assistant assistance, a speaker and lean-back screen for videos, and the capacity to display Google Photos slideshows.

Google has already experimented with the Nest Hub, which wasn’t particularly successful, but its detachable dock take could succeed this time.