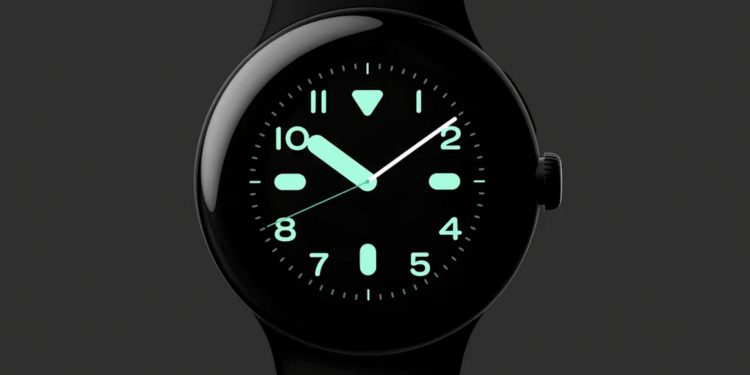 The Google Pixel Watch will be announced at the October 6 launch event. Ahead of the release, Google is wasting no time in giving fans a peek at the design of its first smartwatch, alongside the Pixel 7 series. The Pixel Watch was first revealed at the Google I/O Conference earlier in May, but Google had not talked about the specifications or features of the upcoming smartwatch.

Now we have some clarity, as the search giant has offered a look at the smartwatch. The Google Pixel Watch will run Google Wear OS 3 out of the box, details of which have been leaked to the world. A 9to5Google report also revealed the pricing details of the watch, along with some of the key features of the Pixel Watch.

Google teased the Pixel Watch design just a few days before the launch. The watch will debut on October 6 where the company is expected to reveal more details and features about the smartwatch. But so far, the company has teased a circular design.

The Pixel Watch features a circular display that curves at the edges for a bezel-less look. Revealed in a teaser video, the Pixel Watch will also feature multiple watch faces. We could spot at least seven of them in the teaser. A physical crown on the right edge will help users navigate the Watch. We could also spot a tiny cutout below the crown which could be for a far-field microphone, indicating support for Bluetooth/cellular calling.

According to a report by 9to5Google, the Google Pixel Watch could retail at $349.99 (roughly ₹28,000) for the Wi-Fi variant. Meanwhile, the cellular variant could go for $399.99 (roughly ₹32,400). The report claims the watch will be offered in Black case/Obsidian band, Silver/Chalk, and Gold/Hazel colour finishes.

We expect more details about the Google Pixel Watch ahead of the launch event on October 6. The event will also see the debut of the Google Pixel 7 series which Google has confirmed will be launching in India, marking an end to a long hiatus of flagship Pixel phones in India.