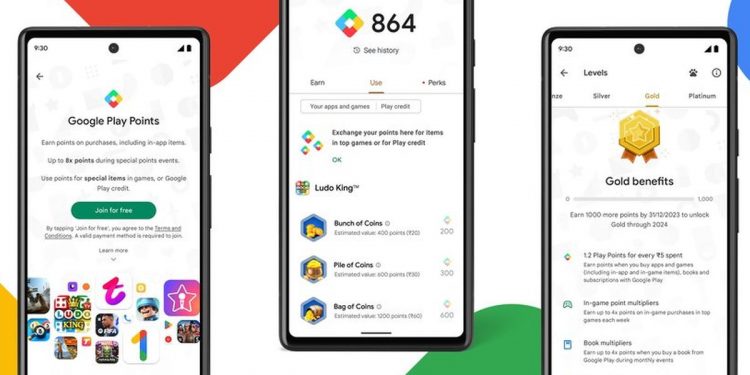 Google has announced that its Play Points, the company’s global rewards programme, is now being rolled out to users in India. The programme lets users earn points when purchasing items on Google Play. These points can be redeemed on the store to make purchases. Google Play Points is now available in 28 countries, and the search giant claims that over 100 million people have been using the programme.

With the Google Play Rewards Programme, users can earn points when purchasing items such as games, subscriptions, apps, and in-app items with Google Play. The programme has four tiers based on the perks offered—Bronze, Silver, Gold, and Platinum. Users can then redeem their points to make additional purchases in the Play Store.

Additionally, Google has teamed up popular app developers to provide special in-app items that can be redeemed with the reward points. This includes games such as Miniclip (8 Ball Pool) and TG INC (Evony: The King’s return) as well as apps such as Truecaller and Wysa. The company has also joined hands with over 30 app developers in India. For instance, games such as Gametion (Ludo King), Playsimple Games (Word Trip), and Gameberry Labs (Ludo Star) are participating in this programme. Google plans to include more app in the future.

The company claims that the programme will also benefit developers. Google says in its blog post, “We are committed to building products and programs that the Play community – both users and developers – find value in. Google Play Points will also provide local developers a new avenue to build a local and global user base; helping them engage their users, drive discovery, and acquire users across markets that have Google Play Points.”

The Google Play Points Rewards Programme is free for all users and Google assures that there’s no hidden fee. The company is promising a limited-time offer, allowing users to earn five times the Play Points in the first week. To join the programme, you’ll have to fire up your Play Store app, tap your profile icon, and select “Play Points.”