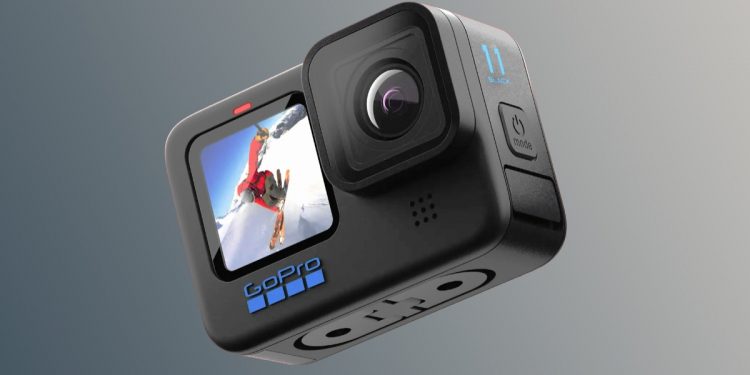 The Hero11 Black series is anticipated to be unveiled very soon by GoPro. The new action camera from GoPro will likely include improvements and an identical external appearance. GoPro may potentially introduce the Hero11 Black mini in addition to the flagship camera.

Roland Quandt, a tipster who posted the official renders on WinFuture, gave us our first glimpse of what the next action camera will look like. Along with physical features, the renders offer some design cues.

According to the WinFuture renders, the action camera won’t have a display. It will instead include two mounts, with one of them at the bottom of the camera. This is a first for the camera series, as the second pair is at the back. The camera sensor is located on the front of the camera, and a button for Bluetooth pairing is positioned right next to it. Users will have to use the GoPro app on their smartphone as a viewfinder to change the angle and other settings as there is no display.

The battery and microSD card can be inserted through a flap on the right side of the camera. Given that it is a GoPro Mini, we can anticipate the battery to be smaller than that of the standard model. The battery’s capacity is unclear at this time. The camera sensor’s characteristics are also unknown to us, and they most likely won’t be until the next few days.