> Featured > Why You Shouldn’t Believe HDR Claims from TV Brands 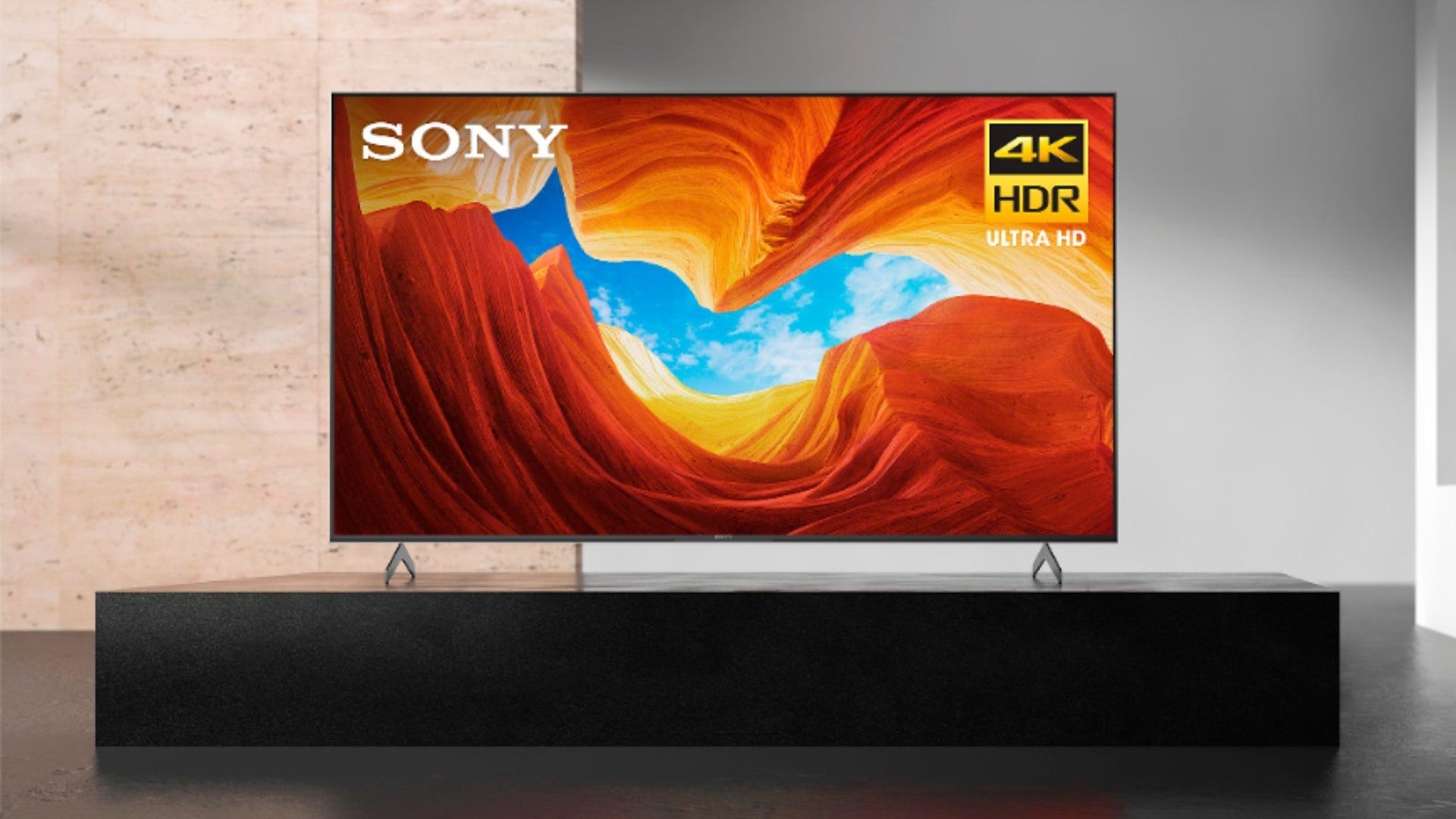 Why You Shouldn’t Believe HDR Claims from TV Brands

HDR (High Dynamic Range) is the next big thing in TVs. We’ve already published a detailed article to explain what is HDR and how it improves the picture quality on TVs. We have also talked about various HDR formats—HDR10, HDR10+, HLG, and Dolby Vision—in a separate article and tried to showcase which format is superior to others and why. Most modern 4K TVs have HDR capabilities, but not all of them can perform well. Only some TVs perform well while displaying HDR content, while most others falter. The HDR content playback performance of some TVs is so bad that it is better not to play HDR at all. Hence, you shouldn’t believe any TV brand’s claims about HDR performance.

This article will explain why not all TVs perform equally well while playing HDR content and how you should gauge their performance.

What Does A TV’s Ideal HDR Performance Looks Like?

Usually, high-end TVs have better HDR performance when compared to affordable TVs. But that’s not always the case. Take the example of Samsung’s latest high-end 8K TV. Its peak brightness is around 1,400 nits, but it cannot sustain that brightness level. After a few minutes of HDR video playback, its brightness drops to just 350 nits.

Want to see some examples of good HDR TVs? Sony’s X950H can reach a brightness of around 1,200 nits (peak) and sustain up to 700 nits indefinitely. That’s great, isn’t it? Samsung’s outdoor TV, The Terrace, costs $3,500 in the US (equivalent to ₹2,50,000). It has a peak brightness of over 1,900 nits and it can sustain that indefinitely. But, it has its own downside as well: below-par viewing angles.

Note: A good source for checking how bright a particular TV can go during HDR scenes is to check websites like RTINGS.com, FlatPanelsHD.com, CNET.com, and DigitalTrends.com. I use RTINGS and FlatPanelsHD because they have reviewed hundreds of TVs over the years, and they have a standard procedure for testing those units, which means that I can compare various TVs to gauge their relative performance.

LCD vs OLED TV: Which TV Has Better HDR Performance?

OLED TVs are usually more susceptible to a drop in screen brightness during long HDR scenes due to the nature of the underlying technology. For example, the world’s best OLED TV right now, the LG GX, can reach peak brightness levels of a decent 800 nits. However, after a few minutes, its brightness drops to an abysmal 150 nits. That’s worse than even low-end LCD TVs, isn’t it?

Yes, LCD TVs can sustain high brightness levels for longer than OLED TVs. But, that piece of information doesn’t paint the complete picture either. Unlike OLED TVs, LCD TVs are not self-emissive (more on that later in the article) and are susceptible to other problems like low contrast ratio, bad black levels, and a phenomenon called “blooming.”

Why Do TVs Differ From Each Other When It Comes To Sustained Brightness In HDR Performance?

Some TVs can reach high brightness levels during HDR scenes, and it all comes down to the TV’s screen panel quality, material, heat dissipation capabilities, and processing. Yes, it’s all quite complex.

A more straightforward way to understand it is that a TV’s screen panel that generates high brightness also generates a lot of heat. This heat can damage the screen’s pixels. Hence, that heat needs to be dissipated quickly, and this is where the thermal design aspect becomes essential. Sony’s latest OLED TVs use an improved heat dissipation mechanism to sustain high brightness levels.

Why Are LCD TVs Usually Brighter Than OLED TVs?

OLED screens have self-emissive pixels, which means that each pixel reproduces colour and emits its own light. Producing high brightness for a long time can “burn” the pixels. Hence, OLED TVs reduce the screen brightness after a few minutes to save the pixels from getting burned or damaged. That is why most OLED TVs don’t have good 100% Window sustained brightness levels of more than 300-400 nits.

Are Mini-LED LCD TVs Best Of Both The Worlds?

Some manufacturers such as Samsung have started using a Mini-LED backlighting system. This new technology uses thousands of LEDs spread across the entire screen. This backlighting system offers higher-than-usual brightness and more precise local dimming (more on this matter later in the article), resulting in deeper blacks, higher contrast ratio, and richer colours.

What Is Local Dimming In LCD TVs & Why Is It Important When It Comes To HDR Performance?

Mid-range and high-end LCD TVs use the local dimming method to produce deeper blacks and a higher contrast ratio. However, it also results in a phenomenon called “blooming.” Blooming refers to the blurb of backlighting that you see around bright objects in dark scenes. Such blurbs shouldn’t ideally be visible, but they appear due to the nature of backlighting in LCD, QLED, and even Mini-LED TVs.

Since the pixels in LCD screens can’t produce their own light, the backlight source needs to be turned on while displaying a picture. The local dimming technology uses several LEDs to creating multiple lighting zones. Cheaper TVs can have as low as 16 zones, which high-end TVs have as high as 256 zones.

During dark scenes, only those LEDs are activated, which are needed to illuminate an object. Other LEDs located behind completely black parts of the scene are turned off, creating deeper blacks.

Local dimming can’t be completely accurate, though, due to the shape of the dimming zones. For example, a dark scene with a moon in the middle part still shows some blooming as the moon’s shape is circular, while the dimming zone is square. The higher the local dimming zones, the lesser the chance of blooming

OLED TVs offer the best HDR performance due to their self-emissive nature. Such TVs have pixel-level control over light, and only those pixels are activated that are required to display an object. All other pixels in the dark part of the frame are turned off, showcasing perfect blacks. Hence, the depiction of an HDR scene is more accurate on an OLED TV. However, they can’t reach brightness levels as high as LCD TVs can. Still, with the combination of a pixel-perfect light source, infinite contrast ratio, and absolute blacks, OLED TVs offer a better overall experience than LCD TVs.

OLED vs Mini-LED vs MicroLED: Which Technology Offers The Best HDR Performance?

There is no clear answer to this question. No technology is perfect, at least right now, and each display technology has its own set of advantages and disadvantages.

In our opinion, OLED TVs still offer the best overall HDR performance and value proposition due to decently high brightness, at least for short bursts of bright scenes). Moreover, you can buy a 55-inch 4K OLED TV with HDR for as low as ₹1,20,000. If your budget is lower than that, you should look for an LCD TV that has full-array local dimming.

Solutions To Your Headphone Problems

The Best Budget Smartphones Under Rs 10,000

Buying A Gaming Smartphone In 2020? Look Out For These Features

5 Things To Do When You Buy a New Smartphone