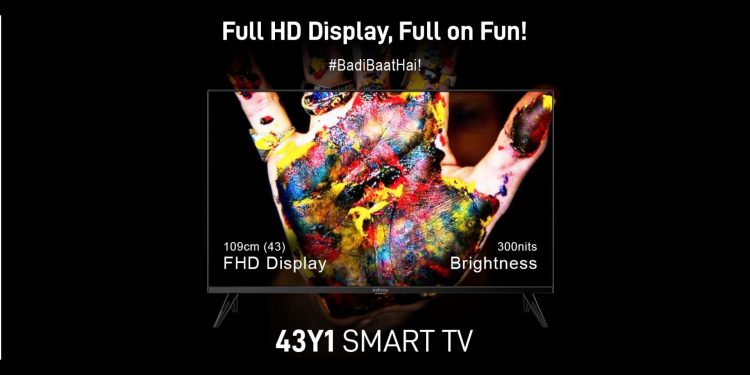 Infinix, a Hong Kong-based smartphone manufacturer, will shortly launch new products in India. The Infinix INBook X2 Plus and 43Y1, a 43-inch Smart TV, will launch in India on October 12, the company has confirmed. Notably, the INBook X2 will not be the company’s first laptop offering in the region, as the company previously introduced the Infinix InBook X1 Neo and other laptops in its InBook portfolio. Let’s take a look at the upcoming Infinix INBook X2 Plus and the 43Y1 Smart TV specifications and everything we know so far.

Infinix confirmed the launch date for its upcoming products on its social media accounts. The new INBook X2 Plus is said to have a 15.6-inch FHD screen with a peak brightness of 300nits. The laptop reportedly weighs just 1.58kg and is composed of an aluminium alloy metal unibody. The INBook X2 Plus is also known to include a 1080P camera on the front with an LED flash, although there is no word on whether it will enable Windows Hello sign-in.

The laptop is said to possess a 50Wh battery that can be recharged through USB-C with 65W fast charging. The company is yet to divulge the pricing of the Infinix Inbook X2 Plus laptop, but it is quite probable that the laptop will come in three colour variations and include a backlit keyboard.

The Infinix 43Y1 smart TV is most likely a slightly tweaked version of the 32Y1 TV model that is presently available in India. The Infinix 43Y1 Smart TV will include a primary 43-inch screen with minimal bezels, FHD resolution, and a peak brightness of 300nits. The TV might incorporate 20W speakers with Dolby Atmos compatibility, 512MB of RAM, 4GB of internal memory, and run Android TV OS.