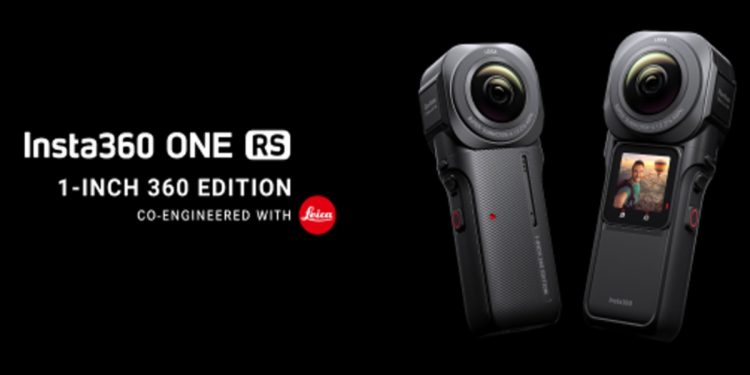 Insta360 has introduced its new One RS 1-inch 360 Edition, which is an advanced version of the One RS camera that was launched in April 2022. The new camera is aimed at vloggers and content creators. It offers features such as modularity, 6K video shooting capabilities, 360-degree photo/video capture, and improved low-light photography.

The Insta 360 One RS 1-inch 360 Edition is developed in partnership with Leica. It comes with two 1-inch CMOS sensors to capture 360-degree video in 6K resolution. While it may not challenge the professional-grade 360 cameras with 8K or 11K resolutions, it is still better than most consumer-grade 360-degree cameras out there, at least on paper. It can also shoot still 360-degree images at 21MP. The inclusion of 1-inch sensors endows it with superior low-light performance and image quality.

It is a modular camera with four detachable parts comprising a battery base, a core, a 1-inch lens module, and a mounting bracket. The core remains unchanged from the previous Insta360 One RS model, and you can get the new one without it to save a few bucks.

The new Insta360 camera allows dolly shots and third-person views along with panoramic 360-degree shooting. It comes with the much-famed Insta360 feature that removes selfie sticks from the footage for a clean viewing. The camera includes FlowState stabilisation and horizon levelling algorithms for a gimbal-like smooth capture. The camera also supports AI features such as PureShot HDR, which intelligently boosts the dynamic range in your still images. The Shot Lab feature offers automatic cloning, star trails, and dolly zooms via the Insta360 app.

Connectivity features of the camera include Bluetooth v5.0, Wi-Fi 5 GHz, USB Type-C port, and a microSD card slot. The camera comes with an IPX3 splash rating, which is a bummer as it can’t be submerged in the water or used by adventure junkies. It comes with a 1,350mAh battery under its hood, which can reportedly be charged fully in about 90 minutes.