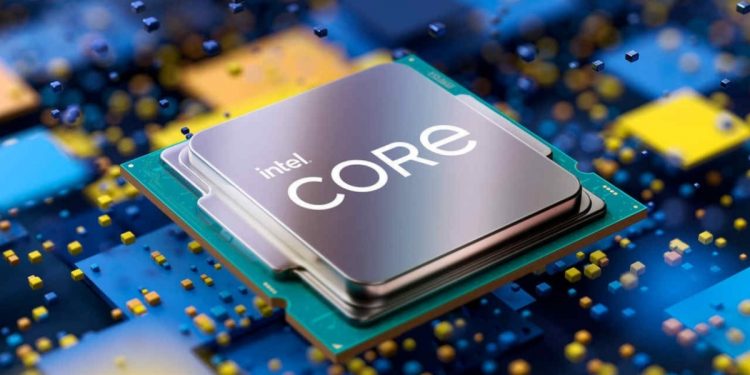 Intel has unveiled its new top-tier 12th Generation Alder Lake HX series mobile CPUs. This lineup contains seven new Core i5, Core i7, and Core i9 processors ranging in capacity from eight cores and 12 threads to 16 cores and 24 threads. These new Alder Lake HX processors have PCIe 5.0 and a TDP of 55W, with a maximum TDP of 157 W (turbo), which were limited to Desktop CPUs.

When it comes to design, the Alder Lake HX series merges the chip maker’s hybrid desktop design (ADL-S) into a smaller BGA package with up to 16 cores that are better suited for mobile devices. These chips are marketed as performance-driven high-end CPUs that consume a fraction of the power of full-fledged desktop processors. These new Alder Lake-HX processors include Intel Speed Optimizer and Intel Extreme Tuning Utility (XTU), which allow for easy overclocking of these CPUs.

In a nutshell, the 12th Gen Alder Lake HX series processors have up to 16 cores (eight Performance and eight Efficient) and 24 threads, with a CPU base power of 55W. For improved bandwidth and faster data transfers, they get x16 PCIe Gen 5.0 from the processor and 44 PCIe Gen 4.0 via a separate platform controller hub (PCH). They are the first mobile CPUs in the industry to offer overclocking and support up to 128GBs of DDR5/LPDDR5, DDR4 RAM with Error Correcting Code (ECC) capabilities.

This year, prominent OEMs such as Dell, HP, and Lenovo are expected to introduce more than ten workstation and gaming configurations powered by 12th Gen Intel Core HX CPUs. Expect more vendors to announce their own models with the Core HX CPUs over the coming weeks.