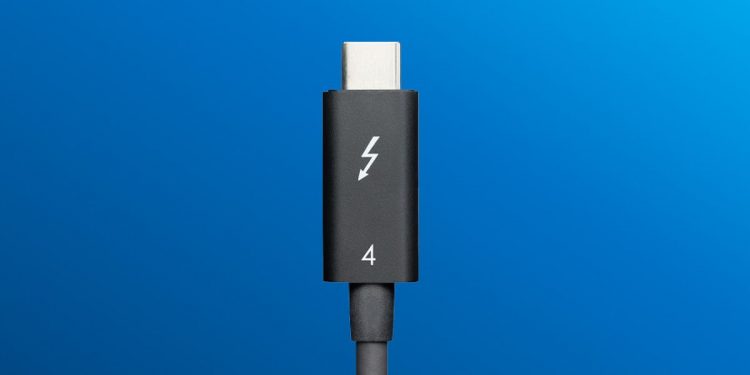 Intel demonstrated a prototype of 80Gbps Thunderbolt connection at the Intel Development Center (IDC) in Haifa, Israel. However, it didn’t share the naming convention of the new interface. Just last week, the USB Promoter Group had showcased its own 80Gbps specification—USB4 version 2.0.

For those in the dark, Intel developed the Thunderbolt technology, which is a cable connection interface. Thunderbolt 4 is the upgraded version, which is capable of data transfer, powering devices, as well as connecting a video source to an external monitor—with a single port. It connects vis USB Type-C and is compatible with DisplayPort, PCle, as well as USB 4.

Now, the newest version of Thunderbolt uses the latest USB4 version 2.0. To compare, Thunderbolt 4 uses USB4 version 1.0 which supports data transfer speeds of 40Gbps. The latest 80Gbps specification could be used to connect to higher-res displays, owing to its higher bandwidth.

Tom’s Hardware reported that Intel hasn’t revealed the naming convention of the new 80Gbps specification. Speculations suggest that it could be named Thunderbolt 5 or even Thunderbolt 4 version 2.0. There’s no word on when Intel will publish the next-gen Thunderbolt specification. On the other hand, the USB Promoter Group has promised to reveal the full USB4 version 2 specification in the USB DevDays developer conference in November this year.

Talking about USB4 version 2, it is said to support speeds of up to 80Gbps. The USB Type-C connector has two pairs of high-speed data links. Two links are utilised for upstream data and the other two for downstream data. With USB4 v2, each lane will support up to 40Gbps. Thus, the connection can carry a total of 80 Gbps on each side.