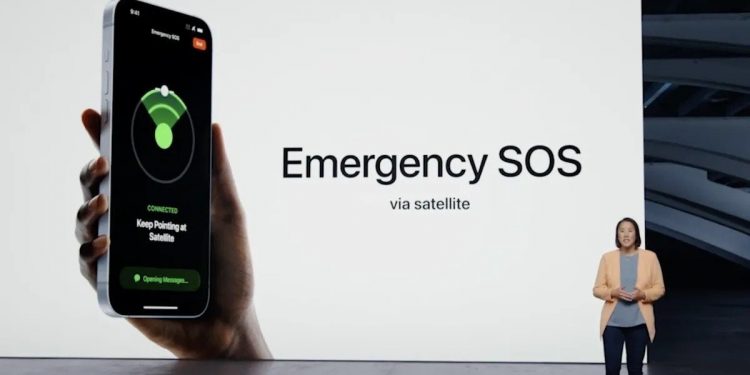 The new Emergency SOS via Satellite function is available on all four iPhone 14 versions and will go live in November in the US and Canada. According to a brand-new report, Apple intends to eventually roll out the capability to other nations. According to the Swiss website MacPrime, Apple intends to announce new countries that will get the support for Emergency SOS via Satellite later this year, followed by even more countries next year. However, it is unclear when exactly the function will appear in those countries.

With the help of Emergency SOS via Satellite, users of iPhone 14 models will be able to connect directly to a satellite and text emergency services while they are not within range of cellular or Wi-Fi networks. Apple states that the service will be free for the first two years when it opens in the US and Canada, which raises the possibility that the company may eventually decide to charge for the service.

The SOS function in the iPhones aids users in positioning their devices so they may connect to a satellite. A message can then be sent in about 15 seconds in “perfect conditions with a direct view of the sky and the horizon,” according to Apple. The ipHone maker notes that it may take longer “under trees with light or medium foliage.” There is still no confirmation on when and if this feature will make it to India.