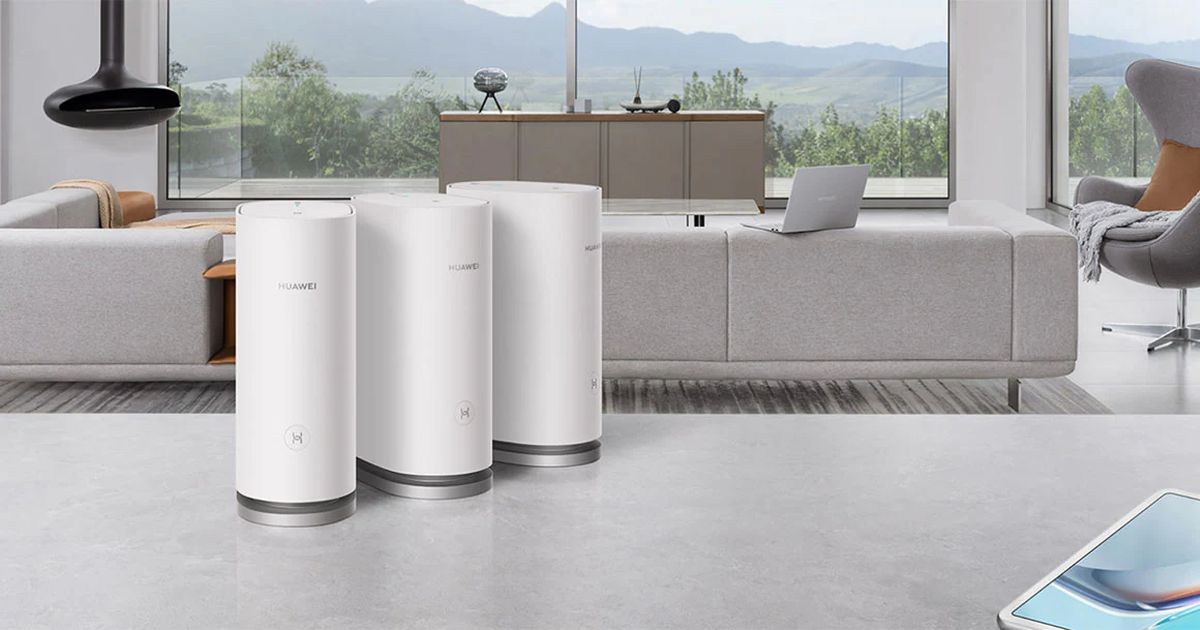 The untethered convenience of Wi-Fi ironically comes with a lot of strings attached. It isn’t easy getting decent data transfer speeds from Wi-Fi routers unless you are in the same room. Living in a large house also means either putting up with dead zones without Wi-Fi coverage or dealing with the many hassles of wireless range extenders.

Thankfully, problems afflicting the rich can be solved by throwing money at them. And wireless networking is no different. Mesh Wi-Fi networking is a relatively recent solution to wireless network coverage woes. It is an elegant alternative to Wi-Fi range extenders that delivers seamless wireless coverage whether you live in a two-storied house or a large mansion.

Let us take a look at what is mesh Wi-Fi router, how it differs from simple range extenders, and whether it is the right solution to your Wi-Fi connectivity woes.

What Is Mesh Wi-Fi Router?

In simple terms, mesh Wi-Fi is a modular home networking technology designed to eliminate Wi-Fi coverage issues. It does so by allowing the wireless networking infrastructure to scale dynamically with the size of your house. Regular Wi-Fi routers have difficulty covering large houses with many brick walls and concrete slabs separating floors. This results in dead zones where there’s no Wi-Fi connectivity.

Mesh Wi-Fi networks work around this problem by employing two or more enhanced wireless routers that work together to deliver seamless network connectivity. These devices are called mesh Wi-Fi routers. They differ from regular Wi-Fi routers since they can be deployed at multiple locations within the house to eliminate dead zones.

Unlike regular Wi-Fi routers which can only work alone, mesh Wi-Fi routers can communicate with one another to deliver streamlined wireless connectivity as a single unbroken network. In effect, you can have anywhere between two and 50 mesh Wi-Fi nodes—one for each separate room if you fancy. What’s impressive is how the connected wireless devices don’t have to manually switch between the nodes to enjoy wireless connectivity across the network.

How Is Mesh Wi-Fi Router Different From Range Extenders?

Cost is the single most important differentiator between a mesh Wi-Fi system and a range extender. Even the most basic two-node mesh Wi-Fi kit costs ten times as much as a Wi-Fi range extender, and the investment gets higher as you add more nodes.

Mesh Wi-Fi systems, on the other hand, are plug-and-play systems involving intuitive smartphone apps that guide you through a simplified setup process. This simply involves powering on additional mesh Wi-Fi nodes, which are then automatically registered into the network. Everything from getting a bird’s-eye-view of your network to changing relevant settings is done through your smartphone. This makes Wi-Fi networking easy enough for regular folks.

The most significant improvement of mesh Wi-Fi networks over regular range extenders becomes apparent when you actually go to the far reaches of a network. No matter where you are in the house, your wireless devices automatically switch between different mesh router nodes. You or your device don’t care which node they are connected to. The entire collection of mesh Wi-Fi nodes appears as a single continuous network to the connected device.

On the other hand, every single Wi-Fi range extender you add to your existing router creates its own network. This compels the user to manually switch between the duplicate networks whenever the device leaves the range of the connected Wi-Fi router or range extender. While most modern smartphones are capable of automatically connecting to the strongest available network, doing so leads to an abrupt and noticeable interruption in network connectivity.

Every node in a mesh Wi-Fi network can communicate with one another, whereas traditional Wi-Fi range extenders can only communicate with the main Wi-Fi router. This isn’t an issue when you only need one range extender. But using more than one of those quickly exposes the underlying problems with the outdated network extension system.

For starters, it is a bad idea to daisy chain Wi-Fi range extenders, because the performance degrades drastically down the chain. That’s why each range extender must be connected to the Wi-Fi router and therefore must be within its range. This puts a hard limit on the total area that can be covered this way. In a mesh Wi-Fi network, every single node has the same capability and so there’s no need to keep the additional nodes within range of the “main” mesh router.

As the name suggests, a mesh Wi-Fi network is non-linear in nature. That means, every node can communicate with each other, which allows the network to choose the best route possible to deliver content. The path that data packets take across the nodes depends not only on your physical location in the network, but also on other factors such as network congestion and the utilisation of individual nodes.

A mesh Wi-Fi network can, therefore, skip certain nodes if they are overwhelmed with client connections or otherwise at the limit of their maximum possible data bandwidth. This dynamic nature of inter-nodal connectivity allows a mesh network to optimise speed and efficiency to the hilt, while also reducing network latency/lag and dropped connections.

It’s amply evident that there’s a physical limit to the Wi-Fi range extensions achievable with traditional range extenders. Those living in extraordinarily large houses or otherwise seeking seamless wireless connectivity across multiple floors are better served with the flexibility of mesh Wi-Fi networks.

But does that mean there’s no use case for mesh Wi-Fi in smaller houses? That might hold true if all you seek is 2.4GHz Wi-Fi connectivity, but the extremely low range of modern 5GHz Wi-Fi bands complicates matters.

We have already explained in detail how 5GHz Wi-Fi networks are virtually incapable of penetrating brick walls, with the overall bandwidth suffering even on account of something as benign as closed doors. Mesh Wi-Fi infrastructure could consequently benefit even smaller houses by ensuring optimal coverage and data transfer speeds for modern 5GHz Wi-Fi bands.

A network of multiple mesh routers is also conducive for households and small offices that have to contend with multiple wireless devices. A single Wi-Fi router can quickly get saturated while serving multiple wireless clients. This leads to dropped connections and slow data transfer speeds due to network congestion. A mesh Wi-Fi network alleviates this problem by distributing the load over multiple router nodes.

Because the mesh Wi-Fi infrastructure is relatively new, it also reaps the benefit of advanced AI-enabled enhancements. Certain mesh router ecosystems can learn user patterns and connected device behaviour to automatically optimise the network for maximum efficiency. Achieving the same feat with a regular Wi-Fi router requires the user to carefully and tediously tweak of QoS (Quality-of-Service) parameters on a per device basis.

In a nutshell, mesh Wi-Fi allows a complete layman to achieve nearly the same flexibility and functionality of a network that has been carefully configured by a networking expert—all without making any effort to learn the finer nuances of networking.

What Are the Disadvantages of Mesh Wi-Fi Router?

Like all sophisticated technologies, the high cost of entry is easily the most significant downside of mesh Wi-Fi infrastructure. Traditional Wi-Fi extenders might be inconvenient and slow, but they cost a fraction of what you’d have to spend on a mesh router. We are talking about the difference between the extra ₹1,500 for a range extender versus ₹20,000 that you’d have to pay for a decent two-node mesh Wi-Fi setup.

With the exception of high-speed internet connectivity over range-limited 5GHz wireless networks, there isn’t a compelling use case for mesh Wi-Fi in smaller homes. Regular routers running slower 2.4GHz Wi-Fi bands have enough range to cover most small houses. At that point, the easier configuration and user-friendly UI of the mesh routers are the only things going for them.

Unlike Wi-Fi range extenders, each subsequent mesh router node takes up a much larger physical footprint, which requires additional furniture or wall mounting.

Despite their cost, even the most expensive mesh Wi-Fi setups cannot match the speeds and features offered by the top-end traditional Wi-Fi routers. That’s because mesh nodes reserve an additional radio band and some of the frequency spectrum to establish a separate communication channel (called Wi-Fi backhaul) with one another. While this helps with range and interconnectivity, the loss of the total available communications frequency spectrum prevents mesh routers from delivering the speeds that expensive traditional routers can achieve.

Cheaper mesh Wi-Fi routers, however, lack dedicated Wi-Fi backhaul. This leads to even lower data transfer speeds because the inter-mesh node communication now eats into the actual data bandwidth between the Wi-Fi nodes and the wireless devices connected therein. Such mesh Wi-Fi networks are perceptibly slow and not worth the “upgrade”.

Mesh Wi-Fi Will Eventually Get Cheaper

As with all things technology, the overall cost and performance of mesh Wi-Fi hardware should come down as more households embrace it. But until then, it will continue to be the reserve of either rich folk living in large houses or small businesses that must cater to a large number of Wi-Fi connections.