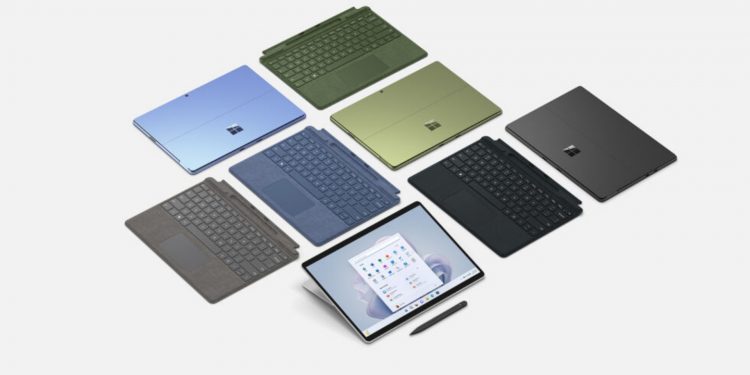 But a surprising news was that the ARM-powered Surface Pro X was merged with the Surface Pro 9. Technically, there is an update for the Surface Pro X, just that it’s now named under the same banner with Microsoft offering two options to users—either take the Intel route to access all apps and get better performance or take the ARM route to enjoy 5G speeds and longer battery life.

This is likely due to the naming schemes of the two devices. The Surface Pro X could be seen as an upgrade over the Surface Pro 9, so in order to prevent confusion, they are now both part of the same lineup.

The Intel variant features the Alder Lake U-series processors, specifically the Core i5 1235U and the Core i7 1255U. This is coupled with 8GB, 16GB or 32GB LPDDR5 RAM and 128GB, 256GB, 512GB and 1TB of removable storage. It’s been verified as an Intel Evo device. Meanwhile, the second variant features the ARM-based Microsoft SQ3 platform and comes with 5G connectivity.

Apart from the processor differences, the Surface Pro 9 features a 13-inch display with 2880×1920 pixel resolution and dynamic refresh rate of up to 120Hz. The tablet is 0.37-inches thin and weighs 1.94 pounds.