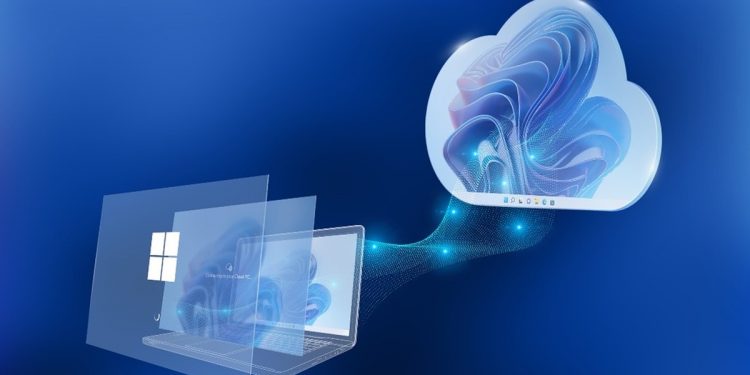 Last year, Microsoft announced the Windows 365, which it called a Cloud PC. It lets you access the Windows 10 operating system from devices such as your smartphone, tablet, or a non-Windows laptop, without having to install the Windows OS on any the aforementioned devices. Now, this feature is finally making its way to Windows 11.

Wangui McKelvey, General Manager of Microsoft 365 touts Windows 11 as the operating system “designed for hybrid work”. And the arrival of Windows 365 to the firm’s latest OS pushes for the hybrid system. It promises to merge the “power of the cloud” and “familiarity of the PC” to offer customers a seamless Windows experience.

Microsoft 365 Boot will let you directly log into your Windows 365 Cloud PC when the system boots up. Moreover, it will allow you to assign it as your primary “Windows experience on the device”. This could come in handy in work settings which require you to either share devices or bring your own device (BYOD). The new 365 Boot feature will make it easy for different users to log in to their own secure Windows 365 Cloud PC by simply keying in their credentials.

The Task switcher, as the name suggests, allows you to conveniently switch between applications that are currently running. In a similar fashion, the new Windows 365 Switch will let you move between your Windows 365 Cloud PC and the local desktop with ease. It will be incorporated into the Task View feature of Windows 11, and will support all the same keyboard shortcuts and swipe gestures that you’re already familiar with.

The new native Windows 365 app will let you quickly access your Windows 365 Cloud PC right from the taskbar or Start menu. You won’t even have to open up a browser.

You may want to access your work even when you’re not connected to a data network. The new Windows 365 Offline feature will let you do just that by giving you access to local files. McKelvey notes, “When connectivity is restored, the Cloud PC will automatically resync with the Windows 365 service without data loss so the user experience and workflow are persistent”.

What do you think of the upcoming new Windows 365 features? Let us know in the comments.