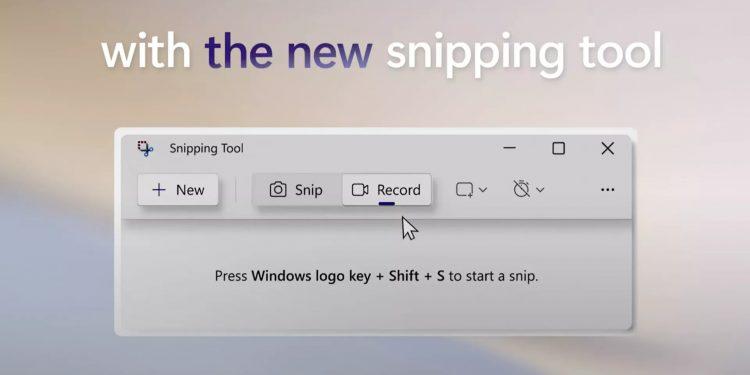 Microsoft’s Surface reveal at the MS Ignite 2022 didn’t just focus on shiny new hardware from the Redmond-based tech giant. There were a few interesting teasers for the features coming soon to Windows 11. One of them is an update to the Windows Snipping Tool that finally gets a native screen recording feature along with the ability to take screenshots.

Microsoft is blessing users with the ability to natively record their screens using the Snipping Tool, a feature that was way more complicated to use before this, than it should have been. Screen recording on Windows was earlier only possible by bringing up the Xbox Game Bar, or by using third-party software to record screens.

The company has not provided any details as to when the feature will finally roll out to users on Windows 11, but we did get a peek into what it will look like. By the looks of it, the Snipping Tool has the option to Snip or Record the screen when you press the Windows Logo key + Shift + S to start it up.

The feature has not showed up in the Windows 11 Preview builds available for Windows Insider users. The latest preview build brings a tabbed file explorer and a bunch of new features including a Copy Action suggestion feature that’s quite nifty.

That said, the company is gearing up for a public rollout of new features for Windows 11 in the next few weeks. Hopefully, we might see the new screen recording feature in one of the new versions.

Microsoft also unveiled the iCloud photos integration for the Windows 11 Photos app in the event last night, and was quickly rolled out to the Dev channel right after the event was over. The company also launched a bunch of new Surface devices including the Surface Pro 9, Surface Laptop 5, and the Surface Studio 2+.