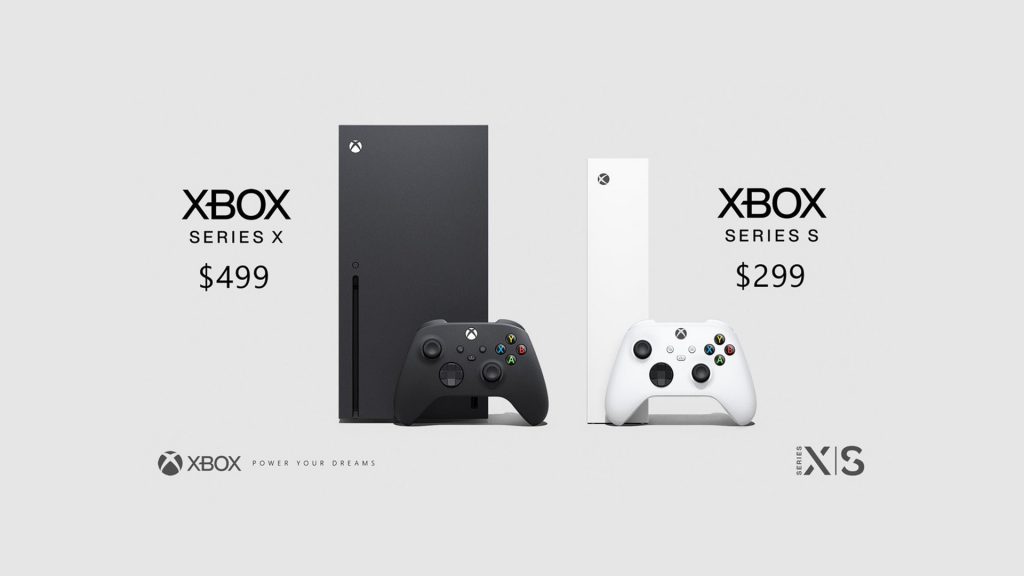 The Xbox Series S is a successor to the Xbox One S and follows the same design language and color scheme. Microsoft says that it’s the company’s smallest gaming console ever. It uses a 7nm custom chip that features a 3.6GHz octa-core CPU based on AMD’s Zen 2 architecture and a custom GPU based on AMD’s RDNA 2 architecture. The GPU has 20 CUs (Compute Units) running at 1.56GHz for a total graphical grunt of 4 TFLOPS (teraflops). The console uses 10GB of GDDR6 VRAM that is split into 8GB RAM with 224GB/s memory bandwidth and 2GB RAM with 56GB/s memory bandwidth. In terms of storage, the Xbox Series S comes with 512GB of PCIe NVMe SSD with a data transfer speed of 2.4GB/s in uncompressed mode and 4.8GB/s in compressed mode. The gaming console supports USB 3.2-based external hard disk drives. Microsoft has announced that the Xbox Series S targets gaming at QHD resolution (2560x144o pixels or 1440p) at 120 frames per second. The console is supposed to be as powerful as the Xbox One X even though the GPU’s TFLOPS numbers appear lower in numbers. That’s because the Xbox Series S uses newer CPU and GPU architectures, faster storage, and faster memory. The Xbox Series S features ray tracing and should be able to offer the same graphics quality as that of the more powerful Xbox Series X, albeit at a lower resolution (QHD vs. 4K). It also features an SSD expansion slot at the rear but lacks a Blu-ray optical disc drive that’s available on the Xbox Series X. This means that you can’t buy physical game discs for it, and you’ll have to entirely rely on digital downloads from the online store. It has two USB 3.2 Type-A ports at the rear, one USB 3.2 Type-A port at the front, an HDMI 2.1 port, an Ethernet port, and an optical audio out port at the rear.

It can upscale games to 4K resolution, play HDR games, and stream 4K HDR content. Other features include ultra-low latency and variable refresh rate. It will run Xbox UI that is based on Windows 10, and the Xbox UI has recently received a massive design upgrade. The Xbox Series X is the most powerful gaming console ever, and it offers more performance than the Sony PlayStation 5. Microsoft says that the Xbox Series X can play 4K HDR games at 120 frames per second. That’s four times as fast as the Xbox One X, a console it is replacing. It features a standing design with a square-shaped base. It features a 7nm custom silicon chip with an octa-core 3.8GHz CPU based on AMD’s Zen 2 architecture. It’s AMD RDNA 2-based GPU has 52 CUs running at 1.825GHz clock speed and can offer up to 12TFLOPS of power. It has 16GB GDDR6 VRAM that’s split into two parts: 10GB VRAM at 560GB/s and 6GB VRAM at 336GB/s.

Microsoft has equipped the Xbox Series X with a 1TB PCIe NVMe SSD with 2.4GB/s RAW and 4.8GB/s compressed data transfer speeds. Its storage space can be expanded by an additional 1TB using the SSD expansion slot at the rear. Speaking of I/O ports on the gaming console, it features a USB 3.2 Gen 2 Type-A port and a 3.5mm headphone port at the front. At the rear, the Xbox Series X has two USB 3.2 Gen 2 Type-A ports, an HDMI 2.1 port, and an optical audio port at the rear. It also features a 4K Blu-ray drive, which means you can buy physical games and play 4K Blu-ray videos. The Xbox Series X is thrice as powerful as the Xbox One X, its predecessor. It can not only play 4K games at up to 120fps with HDR turned on, but it can also upscale non 4K games to 4K resolution and stream 4K HDR videos at 60fps. It also supports ultra-low latency modes and variable refresh rates. It also supports gaming at up to 8K resolution. However, it will most probably be just limited to 30fps at that gigantic resolution. The console can also record and stream gameplay videos at 4K 60fps.

The new and improved Xbox One Controller is said to be lighter and smaller than the previous version. It has a dedicated share button which makes it easier to share screenshots and gameplay videos to the internet. It uses the 2.4GHz RF standard for lower input lag, and Microsoft has worked on Dynamic Latency Input (DLI) to let developers work on making games more responsive to inputs. The new Xbox Wireless Controller still uses two AA batteries for power, though. At least it uses a USB Type-C port for charging. If you have been searching for the Sony PlayStation 5 (PS5) stocks in India, there is some good news for... END_OF_DOCUMENT_TOKEN_TO_BE_REPLACED

We’ve all heard of the recent headlines about the most popular smartphone models either catching fire or exploding. At some... END_OF_DOCUMENT_TOKEN_TO_BE_REPLACED

Sony will showcase its PlayStation 5 gaming consoles on September 16 at 1 PM PDT (September 17 at 1:30 AM India... END_OF_DOCUMENT_TOKEN_TO_BE_REPLACED

You may have been using WhatsApp for years but are you aware of all the features that come with it?... END_OF_DOCUMENT_TOKEN_TO_BE_REPLACED

If given a choice between computer and a laptop, what would you choose? We’re guessing a laptop because they’re light... END_OF_DOCUMENT_TOKEN_TO_BE_REPLACED