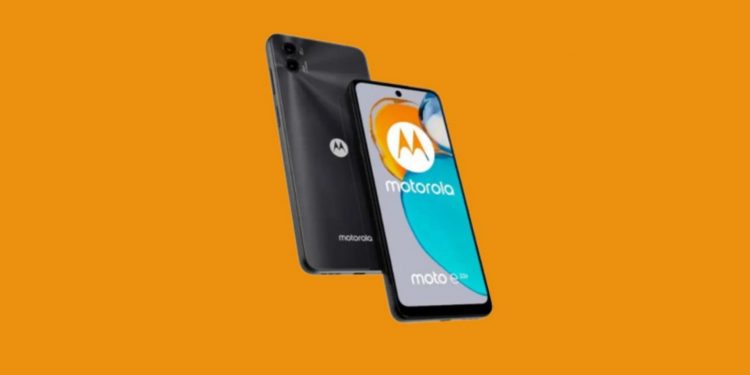 Motorola’s onslaught of launches in India has no signs of stopping. After the launch of the Moto E32 last week, the Lenovo-owned smartphone brand is gearing to launch the Moto E22s next. The smartphone has launched in other markets, and is making its way to India with unchanged specifications. That said, the Moto E32 variant that launched in India was different from the one launched in Europe, so there could be minor differences.

The Moto E22s is launching in India on October 17, 2022 and will be sold through Flipkart and other retail stores. The sale date is set for October 22. The company has teased the launch on its Twitter profile.

The Motorola Moto E22s is an entry-level smartphone. It runs on the MediaTek Helio G37 SoC and runs on Android 12. The smartphone has up to 4GB RAM and 64GB storage along with a microSD card slot for storage expansion up to 1TB.

The company has confirmed the Moto E22s will feature a 6.5-inch HD+ display with 90Hz refresh rate, which is set to be the USP of the device at that price range. The phone also packs a 5,000mAh battery with 10W charging support via a USB-C port.

Based on its launch in other markets, the Moto E22s could feature an 8MP selfie camera housed in a punch-hole cutout, while there could be a 16MP primary camera at the back along with a 2MP depth sensor.

Motorola has also touted IP52 water and dust resistance along with a side-mounted fingerprint sensor. The phone could be available in Arctic Blue and Eco Black colours in India.

While the company has revealed no details about the pricing yet, the Moto E22s is set to be priced lower than the Moto E32, which launched at ₹10,499 in India last week.