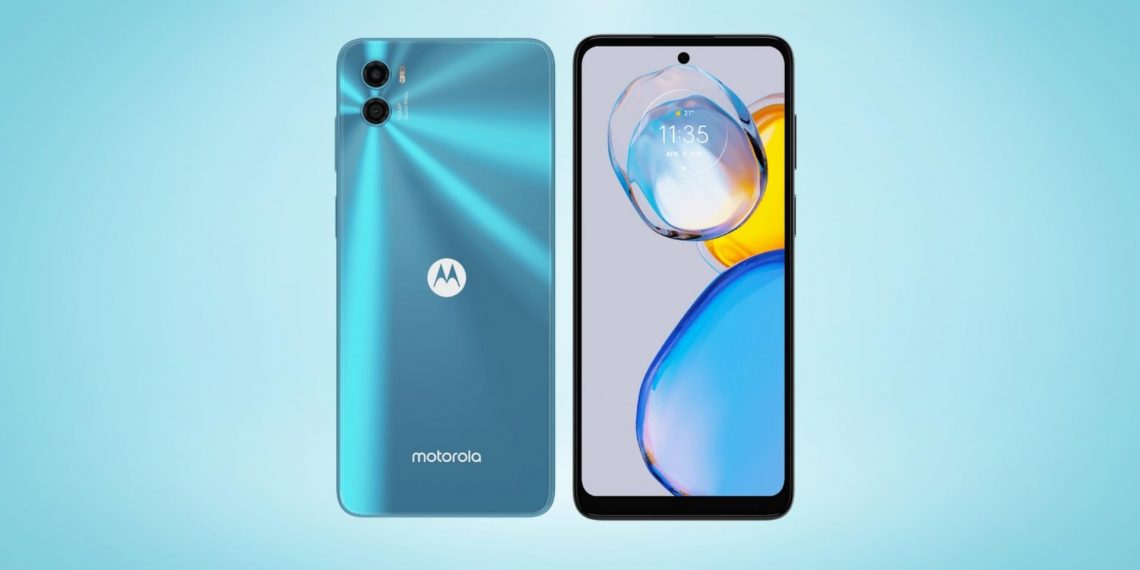 Motorola has launched a new entry-level smartphone in India—the Moto E32. The handset joins the E32s, which debuted back in June. It’s also worth mentioning that the Moto E32 offered in India varies from the one found internationally. The new E-series Moto handset is powered by the MediaTek Helio G37 SoC and houses a 50MP primary rear camera. Let’s take a closer look at the Moto E32, its specifications, features, and price in India.

The new Motorola Moto E32 is available in two distinctive colour options: Cosmic Black and Iceberg Blue. The smartphone is priced in India at ₹10,499 for a single 4GB + 64GB configuration. The device is already up for sale in the nation via Flipkart and other key offline retail partners.

The Moto E32 is built around a 6.5-inch IPS LCD display with FHD+ resolution, a refresh rate of 90Hz, and a 20:9 aspect ratio. Under the hood, Motorola has opted for an octa-core MediaTek Helio G37 SoC with 4GB RAM and 64GB of internal memory as standard. A microSD card may be used to expand the smartphone’s storage up to 1TB.

The Moto E series phone features a dual rear camera module with a 50-megapixel primary shooter with an f/1.8 lens and a secondary 2-megapixel depth sensor with an f/2.4 aperture. Users get an 8-megapixel sensor on the front for selfies and video calls. The Moto E32 ships with the Android 12-based MyUX skin, and Motorola promises two years of Android security upgrades.

The handset is backed by a 5,000mAh battery that recharges at 10W speeds. The Motorola device offers 4G, dual-band Wi-Fi, Bluetooth v5, GPS/ A-GPS, a USB type-C interface for charging and data transfer, and a 3.5mm headphone jack for connectivity. The phone is water resistant and incorporates a side-mounted fingerprint scanner for biometrics and security.