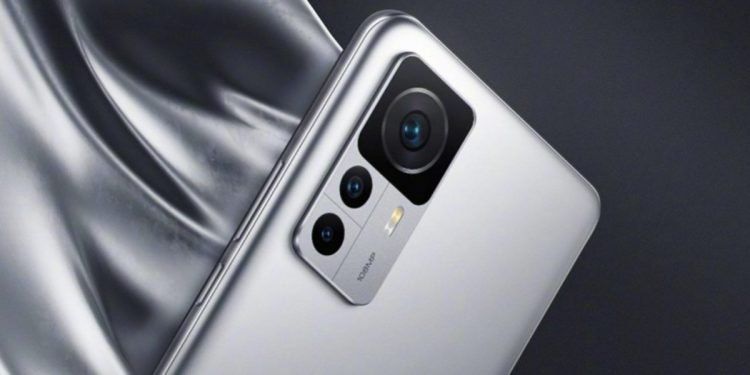 An image purported to depict the camera island on Xiaomi’s forthcoming 12T Pro surfaced in mid-August, fueling rumours that it will include a 200MP primary back camera. A new leak verifies the appearance of the camera island and the 200MP sensor of the Xiaomi 12T Pro, along with a first look at the long-rumored Redmi Pad.

The Xiaomi 12T Pro is scheduled to be announced in global markets this month. As per the leaked spec sheet, the phone will sport a rather large 6.67-inch 1.5K AMOLED panel with a 120Hz refresh rate. The handset will be powered by the latest Qualcomm Snapdragon 8+ Gen 1 SoC, and pack up to 12GB of LPDDR5 RAM and up to 256GB of UFS 3.1 internal storage.

On the imaging front, the handset will feature a triple camera setup with the long rumoured 200MP Samsung-made main sensor, along with an 8MP ultra-wide angle lens and 2MP macro sensor. On the front, the phone will likely sport a 20MP sensor for selfies. From the certifications listings, it is evident that the 12T Pro will be juiced by a 5,000mAh battery with support for 67W fast charging.

Cashing on the recent tablet boom, Redmi also announced an entry-level tablet in select markets. As per the leaks, the Redmi Pad will pack a 10.6-inch IPS LCD panel with a 2000 x 1200 pixel resolution. It will be powered by an unnamed MediaTek chipset, the MT878,1 built on TSMC’s 6nm technology and comparable to the recently announced Helio G99 SoC.

Other specs on the tablet include an 8MP rear camera, a 5MP selfie snapper, Wi-Fi 5, Bluetooth 5.2, Android 12 with MIUI 13 for tabs right out of the box, and a large 7,800mAh battery with support for 18W fast charging. There is no word on whether the tablet will come with support for a stylus, like the one we saw on the Xiaomi Pad 5.

We will know more about both the Xiaomi 12T series and the Redmi Pad in the coming days as the launch window nears.