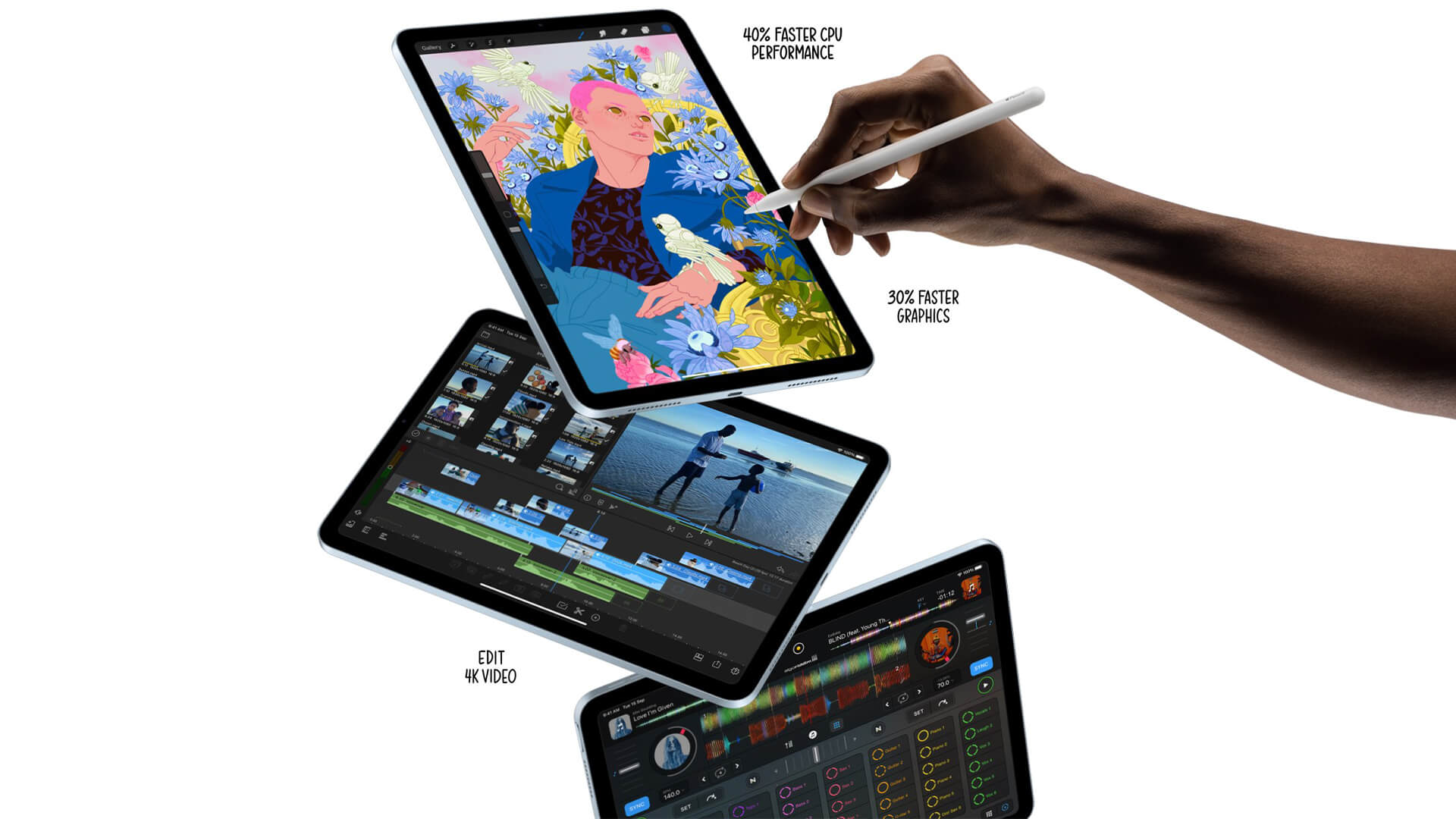 Apple announced the new-generation iPad Air alongside the 8th Gen. iPad, Apple Watch Series 6, and the Apple Watch SE. Compared to the previous-generation iPad Air, the new tablet features a bezel-less design, which means that it has a bigger screen in the same physical size. The new iPad Air has a 10.9-inch display and a newer design, similar to that of the iPad Pro. It comes in six colours:  Green, Rose Gold, Silver, Sky Blue, and Space Gray.

The new iPad Air comes with the brand-new 5nm A14 Bionic processor. It also features a Touch ID fingerprint sensor that’s embedded into the power button. Unlike the iPad Pro, though, it lacks the ProMotion screen, which means it does not feature a display with a high-refresh rate. At least, it is compatible with the second-generation Apple Pencil, like the iPad Pro. 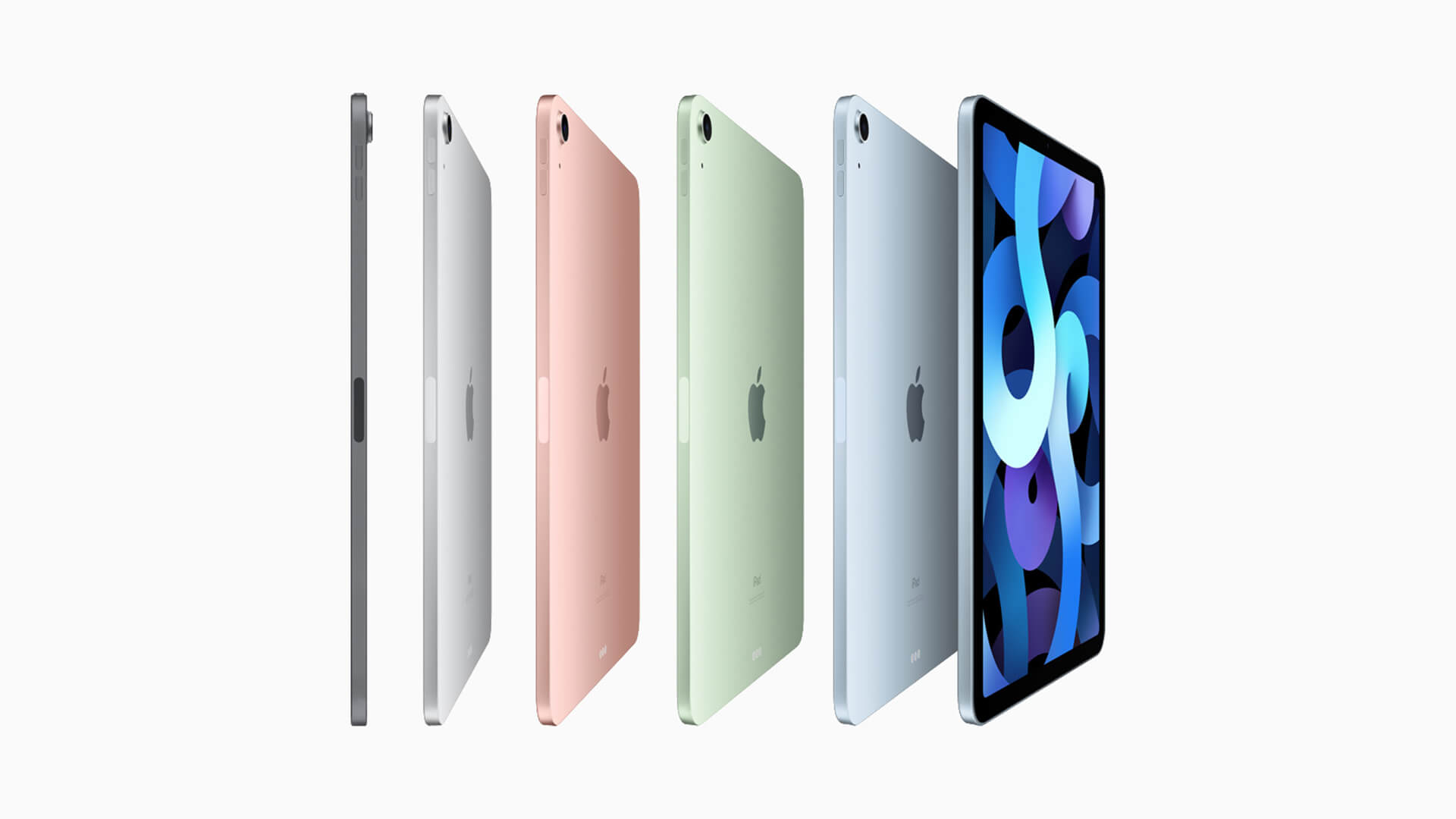 The Apple iPad Air 2020 price in India is ₹54,990 for the base variant with Wi-Fi only connectivity. The 256GB storage variant of the new tablet will be priced higher. The tablet will also be available in LTE variant in India. However, the company hasn’t announced a launch date for the new iPad Air.

You can buy extended warranty plan, screen protection plan, and spills and drops protection plans for the Apple iPad Air 2020 from our website to keep it safe from unexpected damages and failures. 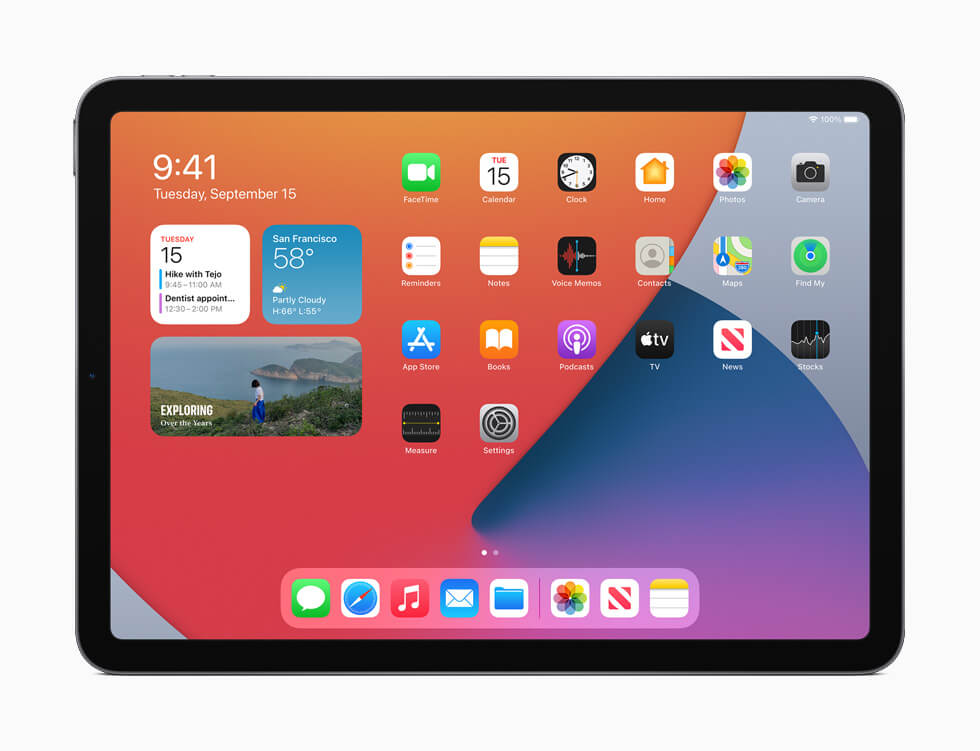 The iPad Air 2020 features an aluminium body and a 10.9-inch Retina Display (IPS LCD 60Hz). The screen has a maximum brightness of 500 nits, wide colour gamut, True Tone enhancements, oleophobic coating, scratch-resistant glass, and a resolution of 1640 x 2360 pixels. It has a Touch ID on the side, embedded into the power button. The tablet is compatible with the Magic Keyboard and 2nd Gen. Apple Pencil.

Apple has equipped the new iPad Air with the 5nm A14 Bionic processor. The new processor, which will also be featured in the iPhone 12 series, features a hexa-core CPU and a quad-core GPU. The Cupertino-based brand claims that the A14 Bionic packs in 11.8 billion transistors and offers 40% faster CPU performance and 30% faster graphics performance. It also uses a new, 16-core Neural Engine for faster performance in AI (Artificial Intelligence) and ML (Machine Learning) tasks. The tablet runs iPadOS 14, which means it is compatible with wired and wireless mice, USB keyboards, and trackpads. 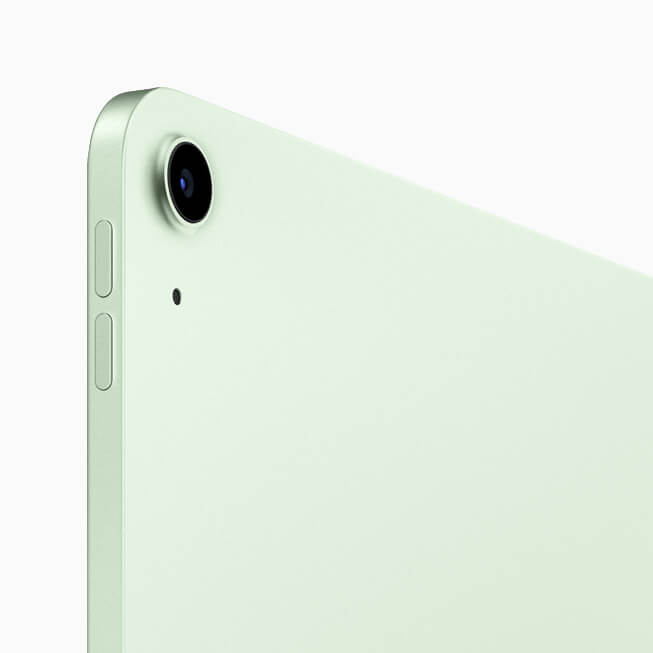 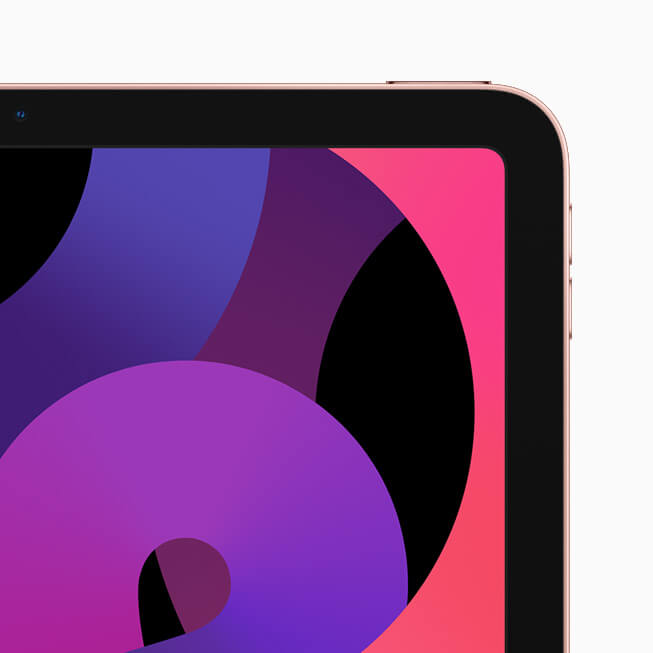 The new tablet from Apple has a 7MP FaceTime HD front-facing camera and a 12MP rear-facing camera with dual-pixel autofocus and 4K 60fps video recording. The newer-generation iPad Air has stereo speakers in the landscape mode for a more immersive audio experience. It also has Wi-Fi 6, Bluetooth 5.0, and GPS. The Apple Pencil can be magnetically attached to the tablet on the side for easier pairing and charging. The tablet also features a USB 3.1 Type-C port for 5Gbps data transfer and compatibility with a wide range of accessories. 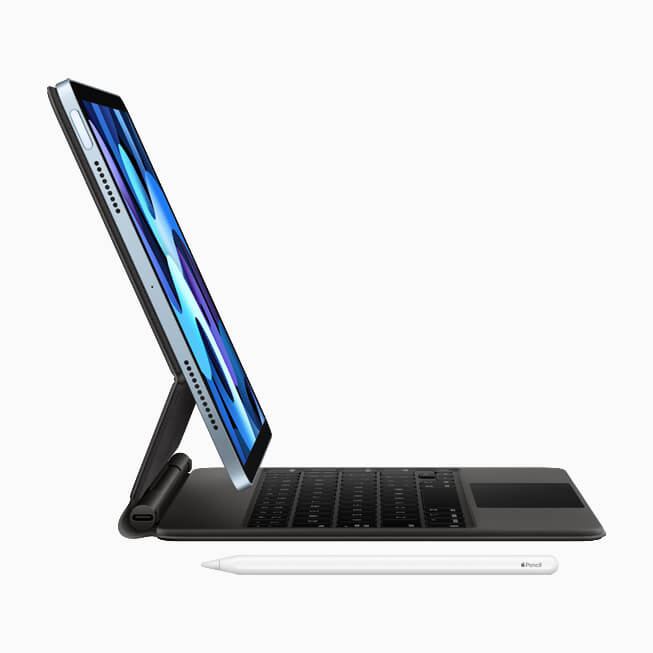