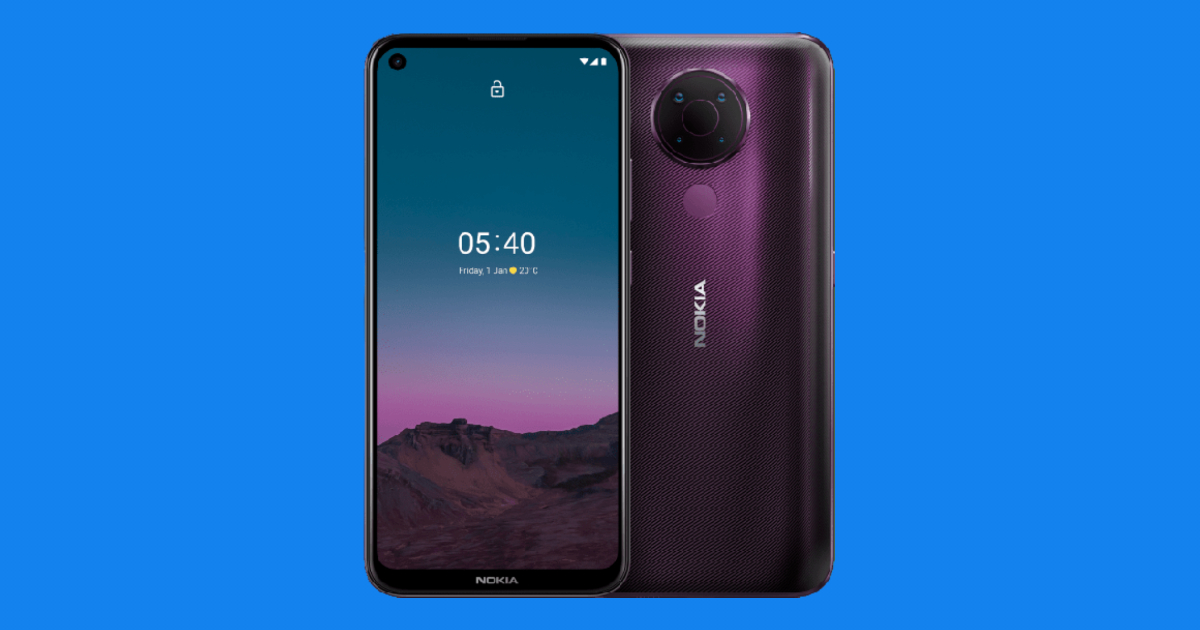 Nokia has started rolling out the Android 11 update for the Nokia 5.4 in India and some other regions. To recall, the Nokia 5.4 was launched in India in February 2021. The smartphone ran Android 10 out of the box. With the new update, the mid-range smartphone gets some new features and improvements that are included in Android 11. The latest software update brings chat bubbles, one-time permissions, the ability to manage all conversations in one place, and the August 2021 security patch. Let us take a look at all the new features.

Nokia has not officially confirmed the release of this new update yet. However, several users have revealed on the Nokia Community forum that they have started receiving the Android 11 update. The Android 11 update for the Nokia 5.4 has a file size of a whopping 1.77GB, so you might want to connect to a Wi-Fi network to download it. It carries firmware version v2.120. The new software build brings chat bubbles, one-time permissions (mic, camera, or location), and the ability to manage all conversations in one place. Nokia also has bundled the August 2021 security patch with the Android 11 update.

Here’s the changelog of the new software update:

The Nokia 5.4 Android 11 update is being pushed to a limited number of users initially. The company should widen the reach of the software update over the next few weeks. If you have not received the Android 11 update notification on your Nokia 5.4, you can manually check for the update by going to Settings > System > Software Update.

Do let us know if your Nokia 5.4 has received the Android 11 update yet.