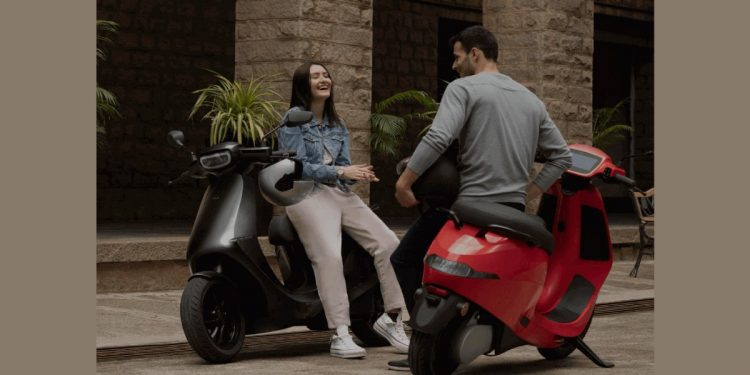 Ola Electric has now started seeding its much-hyped MoveOS 2.0 update to its Ola S1 Pro users in India. This update claims to fix the battery range issues, some bugs and glitches, and adds some of the promised features. This is an OTA (Over The Air) update and you can find it in the System Updates section on the dashboard of your scooter. It is a stable update version of the MoveOS 2.0 and is around 808MB in size.

The Ola S1 Pro was launched back in 2021 and was promised to come with features such as cruise control, hill-hold assist, navigation, and music playback, which were missing until now. The MoveOS 2.0 update adds some of these features, while a few important ones such as the hill-hold assist and proximity lock/unlock features are still missing.

The Ola S1 Pro finally gets the cruise control feature in the latest update. While it may not be useful for city drives, this features could be helpful while cruising at slow speeds on the highways. Ola says the cruise control can be set at speeds between 20 km/hr and 80 km/hr. You can set cruise control in Normal, Sports, and Hyper modes, but not in the newly added Eco mode.

Ola has added a new Eco driving mode with the MoveOS 2.0 update. The brand claims that you can extract a real-world range of around 160km using the Eco mode. Furthermore, the company has worked on battery discharge issues.

With the Move OS 2.0 update, Ola S1 Pro users will now be able to get an onboard GPS navigation system. Turn-by-turn voice guidance will be provided by MapmyIndia, which will be displayed on the LCD dashboard of the scooter.

You can now pair your smartphones to the electric scooter via Bluetooth to enjoy songs while riding. The songs will be played via its in-built speakers and you can control the music via its digital instrument cluster. It can also be useful when you are in the mood to party outdoors.

The newly added Companion App brings a slew of features. You can lock or unlock the scooter as well as its boot via the app on your smartphone. It also shows the scooter’s battery statistics, location, odometer, range, and software version, among other features. The company is in the process of adding the proximity auto lock/unlock feature via future updates.

The Ola S1 Pro is currently the most feature-rich electric vehicle in its segment. Just like smartphones, the brand can keep on adding such nifty features with every update to please its users. However, it’s the hardware part that the company needs to focus on to regain the trust of buyers.