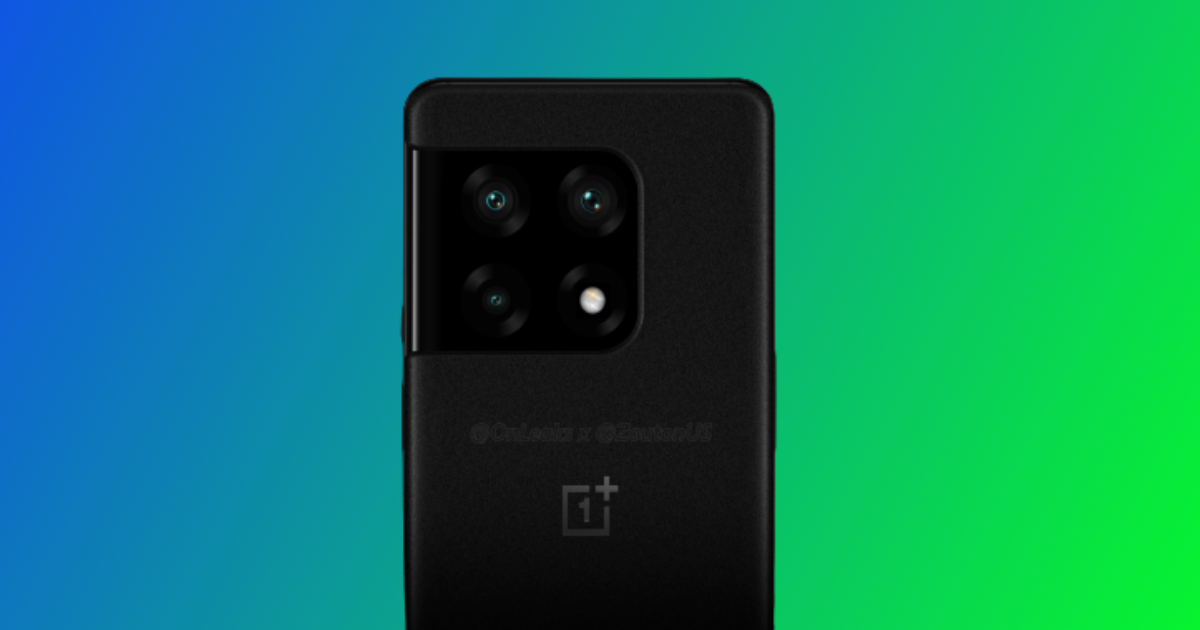 According to the new report from 91Mobiles and OnLeaks, the OnePlus 10 Pro will be a significant upgrade compared to the OnePlus 9 Pro. The OnePlus 10 Pro will flaunt a 6.7-inch QHD+ OLED display with a variable 120Hz refresh rate. Under the hood, the device will come equipped with the Snapdragon 8 Gen. 1 processor. The device will launch in two memory configurations: 8GB LPDDR5 RAM + 128GB of UFS 3.1 storage and 12GB LPDDR5 RAM + 256GB UFS 3.1 storage.

Moving onto the imaging department, the OnePlus 10 Pro will reportedly have a triple-camera setup at the back, consisting of a 48MP primary camera, a 50MP ultrawide camera, and an 8MP telephoto lens with 3.3x zoom. For selfies and video-calling, the smartphone will reportedly have a 32MP selfie camera. The device is also expected to have an IP68 rating for water resistance. The device is rumoured to be powered by a 5,000mAh battery and support for 125W fast charging.

Considering that the device will be getting launched next year, we can expect the handset to run Android 12 out of the box. Speaking of its design, the phone will have a square-shaped camera module at the rear. The alert slider and power button are on the right, while the volume buttons are on the left. The USB Type-C port, loudspeaker, and SIM card tray could be placed at the bottom. We can get more information about the OnePlus 10 Pro closer to its launch early next year.

What are your thoughts on the OnePlus 10 Pro? Let us know in the comments section below.