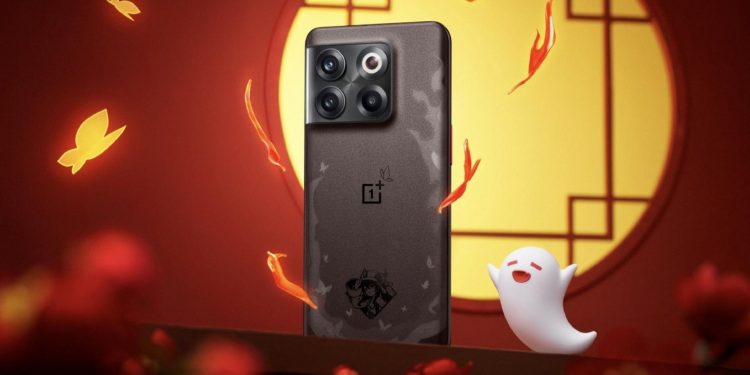 The OnePlus Ace Pro, also referred to as the OnePlus 10T in some markets (including India), is the company’s most recent flagship model. Launched earlier this year, the company has now introduced a new Genshin Impact Limited Edition model for its OnePlus Ace Pro smartphone in China. It is a limited edition variant of the vanilla OnePlus Ace Pro with design tweaks and a unique package featuring special goodies from the game. Let’s take a look at the new OnePlus special edition smartphone, what’s new, and all we know so far.

The limited Edition OnePlus Ace Pro Genshin Impact smartphone is offered in a single 16GB + 512GB variant and is priced at RMB 4,299 (around ₹48,000). It is already up for pre-order in China, with sales commencing from October 31, 2022. Alongside the smartphone, OnePlus has also announced a Yuashen Limited Edition 18W Freezing Point Phone Cooler for RMB 219 (around ₹2,500).

The smartphone retains the characteristics of the OnePlus 10T, including its top-of-the-line configuration, 16GB RAM, and 512GB storage. The packaging has been upgraded to include a Liyue Gang texture-designed gift box with a special case, in conjunction with the Genshin Impact notion, a walnut-Liyue Gang acrylic ornament, vouchers and shopping points for the Oppo store, as well as stickers and posters.

The texture of the box mimics the city wall near the Liyue port’s entrance, something players of the game might appreciate. The smartphone comes with “A Letter to Travellers”, a SIM ejector pin, a customized charging adaptor, and a tailored heat dissipation protective case.

On the software front, the boot animations, fingerprint unlocking animation, off-screen clock, and live wallpaper have all been extensively customised. This OnePlus Ace Pro special edition is dark brown in colour, with the logo of the game Genshin Impact and distinctive features including plum blossoms, butterflies, and flames woven into the design.