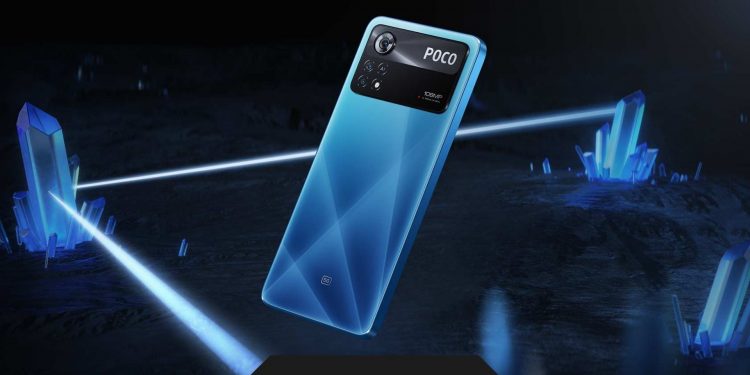 Earlier this month, Poco unveiled its latest addition to the X lineup, the Poco X4 Pro in the global markets. Now, Poco India has shared a teaser on its social media platforms revealing the launch date of the upcoming smartphone. Let’s take a closer look at the upcoming Poco X series smartphone and everything we know so far.

The Poco X4 Pro’s launch date in India is March 28. The event will be live-streamed at 12PM in the country. The company is expected to drop some more teasers soon.

The Poco X4 Pro 5G launched in the global markets is a rebranded version of the Redmi Note 11 Pro+ 5G. A teaser for the upcoming smartphone suggested a 64MP camera in the past. This is odd, considering that the international model has a 108 MP sensor. The Poco X4 Pro 5G appears to be customised for India and may differ from its international counterparts in terms of features.

The Poco X4 Pro 5G sports a 120Hz 6.67-inch FHD+ AMOLED display with a 360Hz touch sampling rate. The display is protected by Corning’s Gorilla Glass 5. Under the hood, there’s an octa-core Qualcomm Snapdragon 695 SoC coupled with the Adreno 619 GPU. The smartphone is available with up to 8GB LLPDDR4X RAM and up to 256GB UFS 2.2 storage. The handset runs Android 11 based MIUI 13 out of the box.

There’s a triple-rear camera module on the rear comprising a 108MP primary shooter, an 8MP ultra-wide-angle lens and a 2MP macro sensor. On the front, users get a 16MP shooter for selfies and video calls.