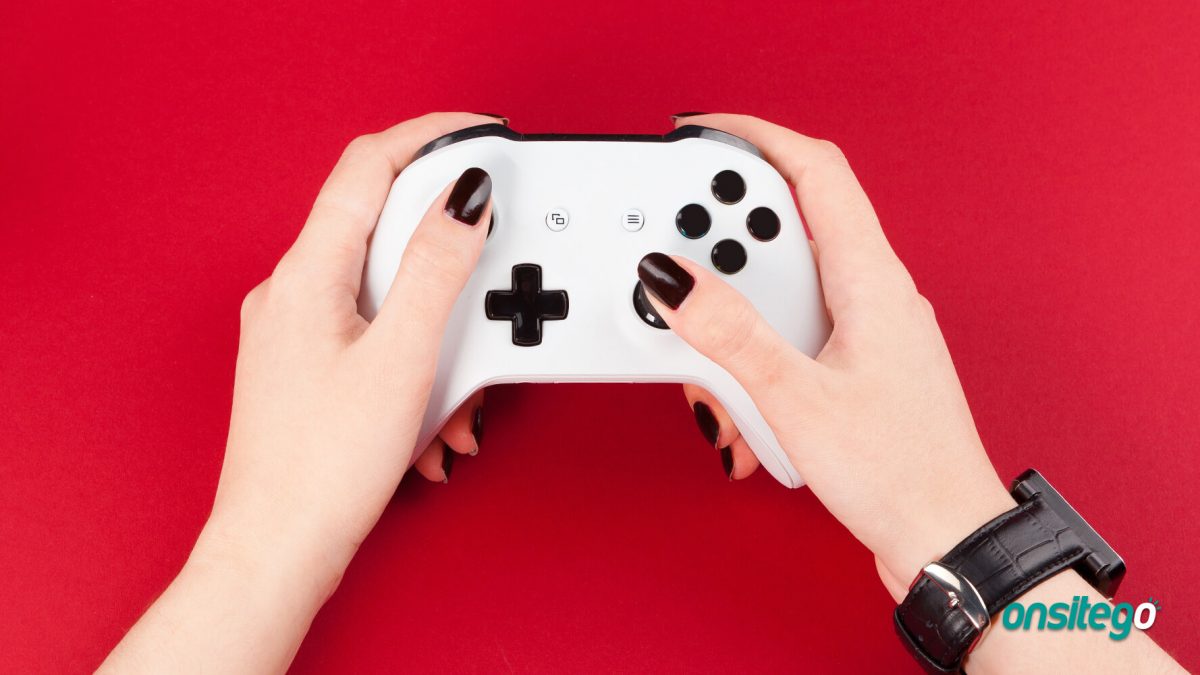 With the exception of movies, a high frame rate is a great addition to most types of content. Especially, in video games, a higher frame rate can get rid of undesired effects such as ghosting and choppiness. In addition to boosting visual fidelity, high frame rates (higher than 60 frames per second) provide a competitive advantage in multiplayer games such as accurate hit detection and lower latency. The current generation gaming consoles such as Sony PlayStation 5, Microsoft Xbox Series X, and Microsoft Xbox Series S pack in enough power to run games at 120 frames per second.

So, if you are lucky to get your hands on these gaming machines, here are the titles worth checking out:

If you are new to gaming, here are a few picks to get you started:

Developed by Swedish studio DICE, this game is set in the events of World War 1. Battlefield 1 is known for its destructive environments powered by Frostbite game engine, large maps, vehicular combat, and feature-packed multiplayer mode.

While Battlefield 1 covers the first World War, Battlefield V drops you in World War II. The game is known for its grand scale, smart gunplay, and emphasis on team dynamics. It also has a battle royale mode that supports up to 64 players.

One of the most popular role-playing games, the Borderlands 3 is developed by Gearbox software. Set on the planet Pandora rumoured to contain massive treasures, this third-person shooter has a high emphasis on loot-based gameplay.

Warzone is Call of Duty’s entry into the popular battle royale genre. The free-to-play title pits up to 150 players against each other in a fight for survival. The title is buzzing with over 100 million active players.

The latest instalment in the Call of Duty series comes from Treyarch known for its impressive work on COD: World at War. The game is set during the 80s when Cold War was at its peak. As expected from a COD game, the campaign delivers intense action and explosive set pieces.

The Devil May Cry 5: Special Edition delivers stylish action fans come to expect from the series. In this Capcom game directed by Hideaki Itsuno, heroes must wield swords and guns to slay demons and save the world.

Doom, the most influential shooter in the history of video games, is still going strong. Developed by id Software owned by Microsoft, the latest title Doom Eternal delivers twitchy gunplay complemented by an explosive soundtrack.

If you have got lockdown fatigue, this off-road racing game is a great way to refresh your mind. The game features a variety of locations including scenic Arizona, Brazil, China, Greece, Italy, Morocco, Nepal, and Norway. The game offers a single-player campaign and a multiplayer mode with up to four-player split-screen support.

Fortnite is one of the most popular battle royale games. It is known for its colourful visuals reminiscent of Valve’s Team Fortress 2. Apart from weapons, the game focuses on scavenging resources and building fortifications.

This is the latest entry in Microsoft’s Xbox exclusive Gears of War series. The Gears 5 is a third-person shooter with the cover-based combat that made this series a runaway success. Based on Unreal Engine, the game has impressive visuals along with a catchy soundtrack by Game of Thrones fame Ramin Djawadi.

Halo has been the killer app on Microsoft’s gaming ecosystem. As its name suggests, Halo: The Master Chief Collection is a compilation of Halo titles including Combat Evolved, Halo 2, Halo 3, Halo 3: Orbital Drop Shock Troopers, Halo: Reach, and Halo 4.

Movie-based video games have a terrible reputation. However, 2015’s Mad Max game is an exception. This third-person action-adventure title lets you explore post-apocalyptic Australia. Faithful to the movie, the game delivers on vast wasteland and intense vehicular combat.

If you want a break from games set in the western world, here’s an entry from a Ukraine-based studio 4A Games. The Metro 2033 is based on the novel by Russian author Dmitry Glukhovsky, which tells the tale of the survivors of a nuclear war. The Redux edition was released with updated graphics.

After the success of Metro 2033, 4A Games released Metro: Last Light. The second installment came with many improvements in graphics, gameplay mechanism, and an interesting karma system. The game was praised for its survival horror themes and impressive world-building.

Developed by indie studio Devolver, My Friend Pedro is a crazy mix of bullet time, wall jumps, and stylized gunplay. It is like side-scrolling Max Payne that doesn’t take itself too seriously. My Friend Pedro may be the least known game on this list, but it is the most fun to play.

Blizzard’s Overwatch is a popular team-based multiplayer shooter. The game allows players to choose from a large selection of characters, each with unique powers and skills. Released in 2016, Overwatch has won many awards including the Game of the Year at The Game Awards.

Plants vs. Zombies: Battle for Neighborville

The third game in the Plants vs Zombies franchise continues the battle between the greens and the undead. Deviating from the tower defense gameplay of the original, Plants vs. Zombies: Battle for Neighborville is a third-person shooter.

Ubisoft’s Rainbow Six Siege is an online tactical shooter with grounded gameplay. Players get to be an attacker or defender in various modes such as hostage or bomb situations. To complete the missions, the game requires players to carefully plan a strategy rather than simply blasting the way through enemies.

If you thought Football was slow, this game swaps humans with rocket-powered cars. Rocket League supports both local and online multiplayer modes. It is also one of the few games to support cross-platform play between Xbox, Nintendo Switch, and Windows.

Titanfall is a multiplayer shooter where the player gets to control giant mech robots. The game was made by Respawn Entertainment that mainly comprised of developers who previously worked on the Call of Duty franchise. Titanfall was a surprise hit and won numerous awards for its innovative gameplay in 2014.

After the success of the original Titanfall, Respawn delivered bigger and better action in Titanfall 2. This time around, the developers added a much-requested single-player campaign. While the game has a linear story, it offers players multiple paths to completion for replayability.

System Requirements For 120fps Gaming: TV Specifications To Look Out For

Just because your gaming console is capable of running games at 120fps doesn’t mean that all games in your library will run at high frame rates. On both the Xbox One X Series and PlayStation 5, game developers are required to specifically bake in the 120fps support. Most of the time, this comes at the cost of resolution. Many games get capped at Full HD resolution (1,920 x 1,080 pixels) as soon as you switch to the 120FPS setting. A few titles do support 4K quality at 120FPS. However, these games need you to hook up your compatible TV over HDMI 2.1 cable that offers higher bandwidth.

For high frame rate games to work well, your TV needs to support high refresh rates. For those who get confused between the two. Frame rate is the average at which your system churns out new frames per second. On the other hand, refresh rate is the number that denotes your TV or monitor’s ability to complete a number of refresh cycles to check for new frames every second. Ideally, a panel’s refresh rate should be in sync with the gaming system’s frame rate. In simple words, those 120 frames pushed per second by your gaming console are pointless unless your TV is capable of completing 120 refresh cycles every second (120 Hz).

For the best 120fps gaming experience, you need a TV that has a 120Hz refresh rate, HDMI 2.1 ports, auto low-latency mode, and support for AMD FreeSync.

What Could Go Wrong When You Have An Incompatible TV While Playing 120fps Games On PS5 & Xbox Series X | S?

If your display’s refresh rate is less than 120Hz, not only does the additional firepower required to churn 120fps get wasted, but you also have to put up with the undesired screen tearing effect. This is usually caused when the system’s frame rate is almost double that of the display’s refresh rate. For instance, if a display is fed 120 frames per second but it can only complete 60 refresh cycles, the frame switches to the next one while TV is still in the middle of its refresh cycle. To better understand this artefact, check out the image above.

Going by the image, you can see that the bottom half of the image looks as if the object has moved forward. This happens because while the TV’s refresh cycle hits the midway point, the frame has already progressed on to the next one. The screen tearing effect is present even at higher refresh rates. However, it is less noticeable at 120fps or 120Hz and above. If you need help choosing the right TV, check out our list of best gaming televisions.

The Best Laptops For Every Budget

Make The Most Of The Onsitego Festive Offers

How To Keep Your Earbuds Clean