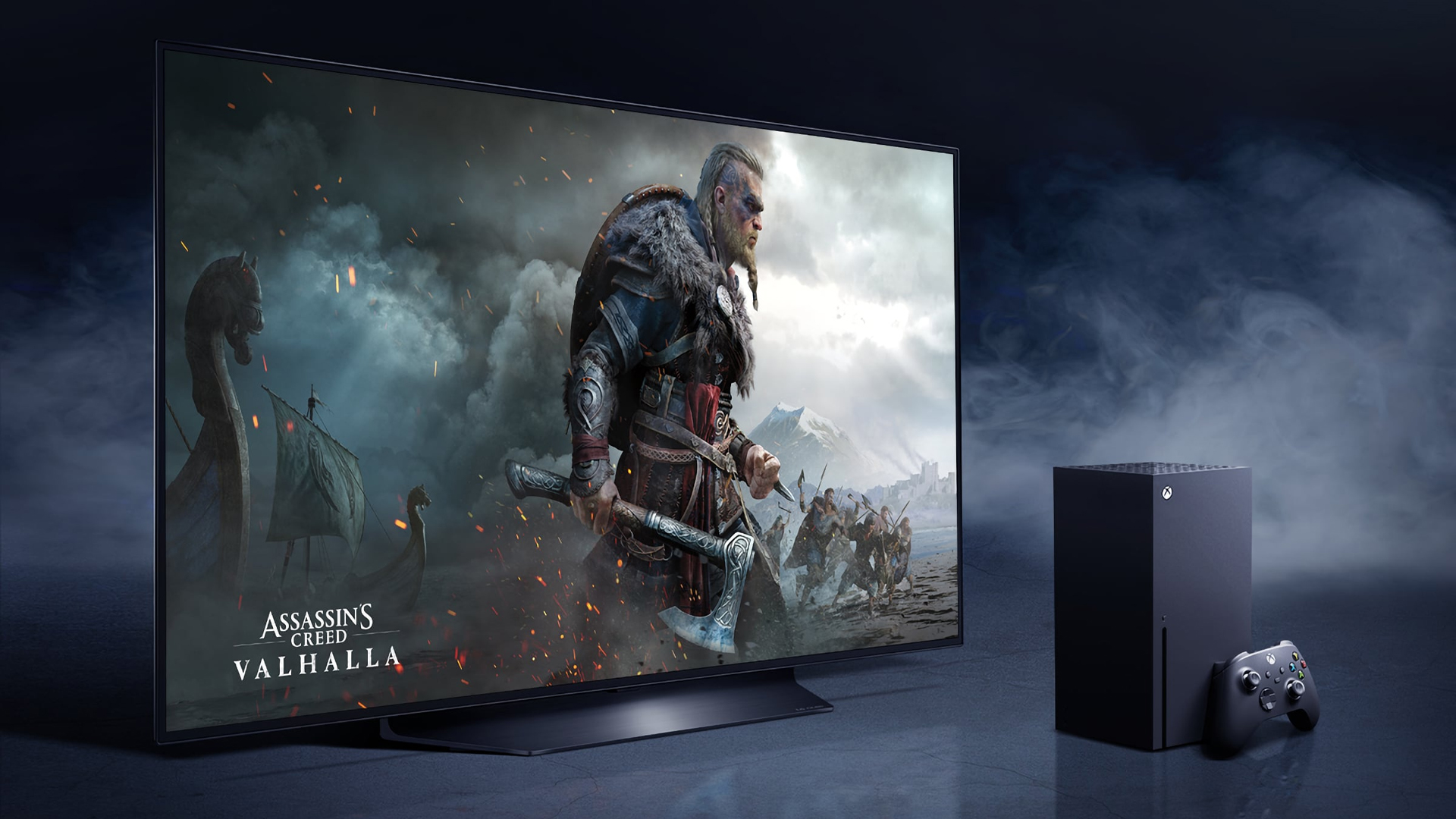 The latest gaming consoles from Microsoft and Sony have arrived with much fanfare, and that’s for a reason. The PS5, Xbox Series S, and the Xbox Series S offer a truly next-generation gaming experience, moving closer than ever to gaming PCs in terms of performance. These gaming consoles can run next-generation AAA gaming titles at 4K resolution with 120fps frame rate, variable frame rate, HDR, and raytracing effects.

If you want to experience all those eye-candy features, a cheap 4K HDR TV won’t cut it. You would need a TV that features a 4K resolution, a 120Hz refresh rate, variable refresh rate, HDR support, and low input lag. In this article, we have listed the best 4K HDR TVs for gaming on Sony PS5 and Microsoft’s Xbox Series X and Series S consoles.

Without any further ado, let us have a look at the best 4K HDR gaming TVs for PS5 and Xbox Series X.

The best 4K gaming TVs available in India offer 4K resolution, an HDMI 2.1 port, a 120Hz refresh rate, and support for HDR10. Some of these TVs also feature low input lag, auto low latency mode, a quick response time, and variable refresh rate. However, there’s no denying that all these TVs cost ₹1,00,000 or more. Yes, a great gaming experience on PS5 and Xbox Series X doesn’t come cheap. Combining the price of the PS5 or the Xbox Series X and great gaming TV costs at least ₹1,00,000.

This newer OLED TV from LG is the successor to the LG OLED 55BCPTA, and it can go brighter in comparison. It can reach a peak brightness of around 800 nits and gradually decreases to around 685 nits in real HDR scenes. Other features of the LG 55CXPTA remain similar to the LG 55BXPTA, including a 55-inch screen with 4K resolution, a 120Hz refresh rate, variable refresh rate, auto low-latency mode, HDMI 2.1, HDR10, Dolby Vision, HLG, and Dolby Atmos support via HDMI eARC.

The cheapest OLED TV from LG, priced around ₹1,20,000, is probably the best 55-inch 4K HDR TV for gaming. It features a 120Hz refresh rate, variable refresh rate, auto low-latency mode, and HDMI 2.1. It also supports HDR10, HLG, and Dolby Vision. It even comes with support for Dolby Atmos surround sound via HDMI eARC for a simpler cable setup. Since it’s an OLED TV it has unrivalled picture quality, thanks to its self-emitting nature, perfect blacks, excellent local dimming, wide viewing angles, and quick pixel response times. It can’t go as bright as other LCD-based TVs in this list, though, peaking at just 550 nits and then gradually dropping to around 400 nits in real HDR scenes.

The Q80T series QLED TV from Samsung, the 55Q80TAK, is another great LCD-based TV for gaming on the PS5 and the Xbox Series X. This 55-inch TV has a 4K resolution, a 120Hz refresh rate, variable refresh rate, HDMI 2.1, auto low-latency mode, and full-array local dimming. It supports a wide colour gamut, HDR10, HDR10+, and HLG, and it can reach peak brightness levels of up to 750 nits and sustained brightness levels of up to 450 nits. It has excellent response time and low input lag.

This TV runs the latest version of the Tizen operating system and has access to all the popular audio and video streaming apps. It has adaptive picture mode, which adjusts the screen’s brightness according to the room’s ambient lighting. The Object Tracking Sound+ feature tracks on-screen motion to improve the surround sound experience with its 60W 2.2.2-channel speakers. Other features include Alexa, Bixby, Google Assistant, Wi-Fi ac/b/g/n, Bluetooth 4.2, AirPlay 2, Apple HomeKit, and SmartThings Smart Hub. This TV is also available in 49-inch and 65-inch versions in India.

The Sony 55X900H is a 4K HDR TV with an LED-backlit LCD screen, a 120Hz refresh rate, and low-latency mode. It has support for HDR10, HLG, and Dolby Vision. It can go as bright as 750 nits at its peak and drops down to around 550 nits. That’s among the best HDR performance we’ve seen in its price range. However, it has its own set of disadvantages, being an LCD screen, such as limited viewing angles. It still offers great local dimming and contrast ratio for an LCD screen. While it doesn’t come with features like HDMI 2.1, variable refresh rate, and auto low latency mode out of the box, Sony has promised to deliver those features via a firmware update in the future.

The 55X900H runs Android 9.0 Pie, and comes with features like Alexa, Google Assistant, Dolby Atmos, Wi-Fi 5, and Bluetooth 4.2. It has full-array local dimming and it features excellent colour calibration out of the box.

The Q70R series 55Q70RAK QLED TV from Samsung is also a good TV for gaming on PS5 and Xbox Series X. It is a 55-inch QLED TV with support for HDR10, HDR10+, and HLG. It has WCG, low input lag, great response time, support for variable refresh rate, and superb contrast ratio for an LCD TV. However, it uses a VA panel, which means viewing angles aren’t as good as Sony’s IPS LCD TVs mentioned in this article. It does feature full-array local dimming and a wide colour gamut. And yes, it does support a 120Hz refresh rate, HDMI 2.1, variable refresh rate, and auto low-latency mode.

It runs Samsung’s own Tizen operating system, which runs smooth and has apps for the most commonly used audio and video streaming apps. Other features include automatic brightness adjustment, Ambient Mode (where it shows images or artwork when no one is using the TV), Bixby, Google Assistant, AirPlay 2, Apple HomeKit, Wi-Fi b/g/n/ac, Bluetooth, and 2.1-channel 40W speakers. It is available in a 65-inch version as well.

While the Sony PS5 and the Xbox Series X claim to offer up to 8K gaming, that’s not entirely true. There isn’t a single game right now on either of those two consoles that can render at true 8K resolution. What you should look out for, though, is native 4K screen resolution and support for HDR standards like HDR10. Support for HDR10+, HLG, and Dolby Vision is an added advantage. You should also read our article that compares OLED and QLED TVs.

While even entry-level 4K TVs offer support for HDR10, HDR10+, HLG, and Dolby Vision these days, not all HDR TVs perform equally. For good HDR performance, a TV should be able to sustain at least 400 nits of brightness for long periods of time. You should read reviews from websites like RTINGS.com to gauge a TV’s true, sustained HDR performance. You can read more about various HDR standards and performance metrics in our detailed article about HDR10, HDR10+, HLG, and Dolby Vision and how they compare against each other.

These gaming consoles might not be able to maintain a 120fps frame rate in all games at all times, though. And that could result in frame tearing. If you don’t want to experience frame tearing, you should buy a TV that supports the variable refresh rate feature.

For even better gaming performance, you should look out for TVs that can automatically switch to the low-latency mode. TVs that have low input lag and a quick response time improve your gameplay and offer a smoother gaming experience. Most new OLED TVs and some new QLED TVs have these features.

An Expert Guide to Buy a Fridge or Refrigerator

This Festive Season, Here are the Top 5 Laptops You Should Consider Buying

Super Bonanza: Begin The New Year on a Bombastic Note With These Gadgets