> TV > OLED vs QLED TVs: Which Technology Is Better & How To Choose 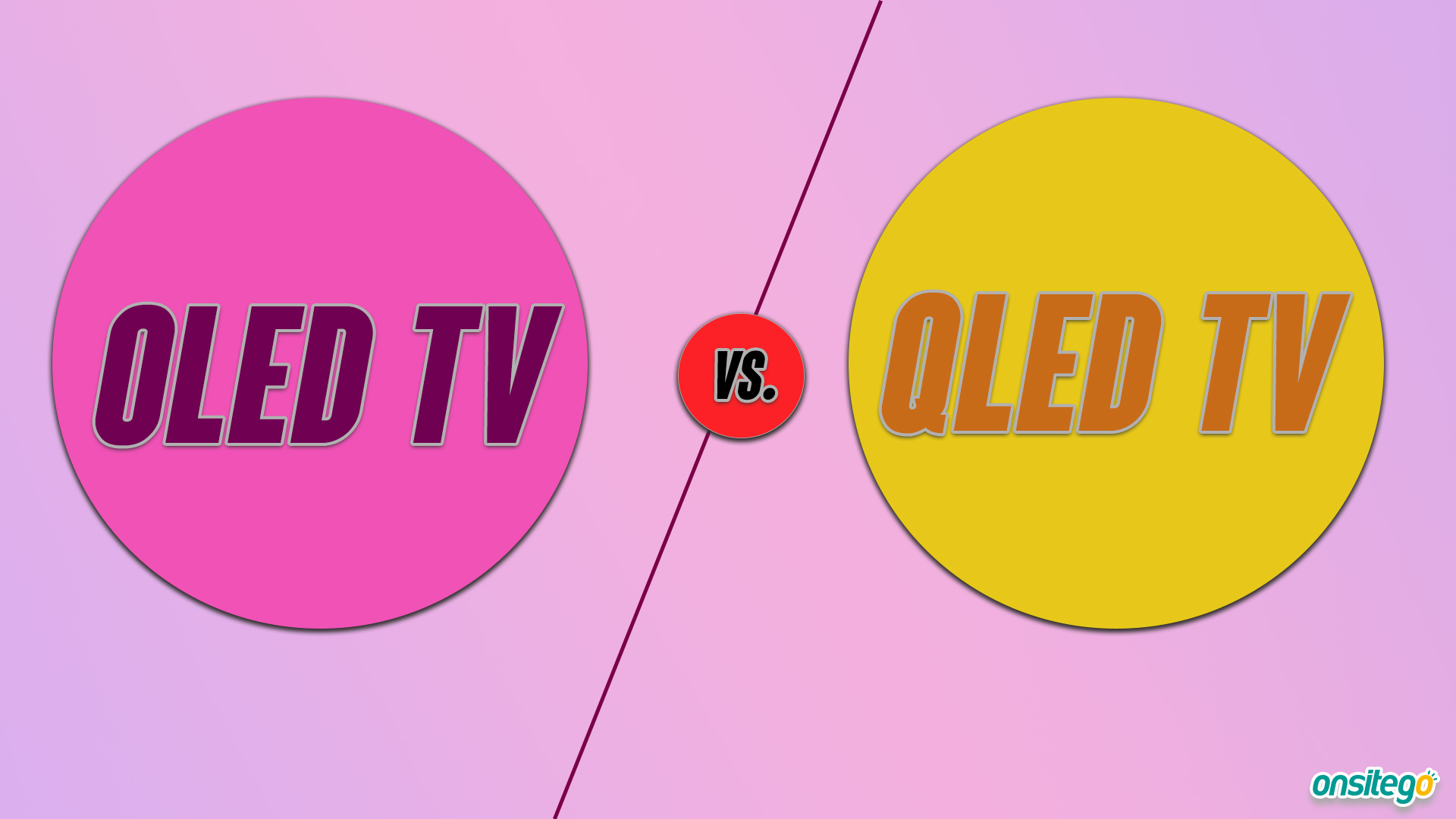 OLED vs QLED TVs: Which Technology Is Better & How To Choose

If you are thinking of buying a new premium smart TV, it is common for you to go through the OLED vs QLED TV debate. Sure, this is a great time to buy a new TV. Newer TVs not only offer better picture quality, but they are also extremely smart and feature-rich. There is a lot of content to watch these days through regular TV channels as well as video streaming services. However, the first thing to look out for when buying a new TV is its picture quality, and a lot of it depends on the display technology.

What Is OLED And How Does It Work?

OLED stands for Organic Light-Emitting Diode, and it uses a carbon-based film through which conductors pass the current, causing it to emit light. It is a self-emitting display technology, which means that every pixel in an OLED panel can change colours as well as produce its own light, bringing a wide range of advantages in terms of picture quality. Since there is no need for a separate backlight source, each pixel in an OLED display can turn itself on or off.

In a scene with dark areas or black colours, an OLED panel can completely turn off the required number of pixels, resulting in pitch black colours. Pure and inky blacks also mean an infinite contrast ratio and higher picture quality. OLED displays also offer wider viewing angles than LCD displays. Other advantages of OLED displays include faster motion response and complete control over bright and dark areas in a scene with HDR content.

However, it does have a few caveats, which could end up being a no-go for some people. OLED displays can’t get as bright as some LCD panels. In some cases, OLED pixels might “burn” over time, resulting in image retention (also known as ghosting), especially in cases of having the same scene or channel for a long period of time.

What Is QLED And How Does It Work?

QLED stands for Quantum-Dot Light-Emitting Diode. QLED sounds and looks similar to OLED, and in theory, QLED is somewhat similar to OLED: capable of emitting its own light. However, in its current version, QLED is fundamentally just an LCD panel that features a special coating to emit whiter light and improved colour volume compared to traditional LCD panels. Yes, QLED does have some advantages over OLED in the form of much higher brightness and no screen burn-in issues, but it loses out to OLED in terms of black levels, contrast ratio, viewing angles, pixel response time, and HDR performance.

OLED vs QLED: Which TV Display Technology Is Better?

QLED displays have a few advantages—higher brightness and a longer lifespan—over OLED displays. However, all things considered, OLED displays are subjectively better than Samsung’s QLED display technology in a lot of areas, including contrast ratio, viewing angles, lighting control, and colour accuracy, thanks to its self-emissive nature. But OLED displays are also costlier to manufacture, which means OLED TVs are costlier when compared to QLED TVs in general.

Hence, if you really want the best of the best, OLED is the way to go. OLED TVs offer better picture quality while watching most of the content, including documentaries, movies, sports, and TV shows. However, if your budget is limited, and you may have to settle for QLED TVs, which are slightly cheaper than OLED TVs. Since QLED TVs have high brightness levels, they are suitable for those who have a lot of light coming into the room from doors and windows.

For example, the cheapest 55-inch QLED TV with 4K resolution and HDR capabilities cost as low as ₹50,000 in India. However, if you want to buy a 55-inch OLED TV with 4K resolution and HDR capabilities, you might have to shell out upwards of ₹1,20,000 in India. That is more than twice the cost of a QLED TV, so if you want an OLED TV, you have to consider that it is a lot costlier.

You can read our smart TV buying guide to know more about various types of TVs and how to choose the one that perfectly suits your needs. If your budget for buying a new TV is just ₹50,000, you can have a look at our list of best 4K HDR smart TVs under ₹50,000.

Samsung is the first brand that brought QLED TVs to the market and heavily popularised them. However, you can also buy QLED TVs from LG (under the NanoCell series), OnePlus, and Xiaomi, and these companies use QLED panels from Samsung Display (Samsung’s display manufacturing arm). In comparison, only LG and Sony sell OLED TVs, and those TVs use OLED panels manufactured by LG Display (LG’s display manufacturing arm).