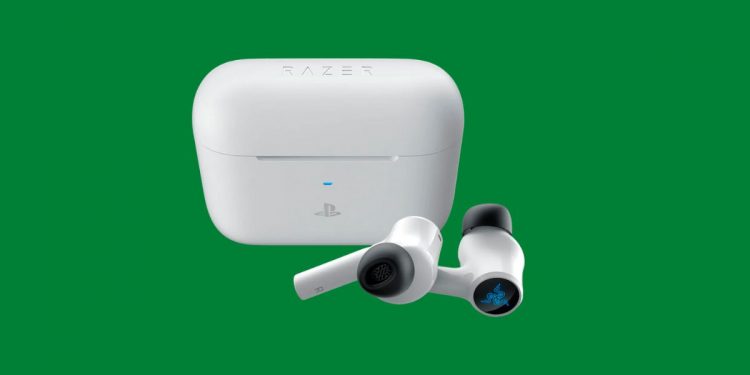 As mentioned earlier, the Razer Hammerhead HyperSpeed have been customized to attract both Xbox and PlayStation players. The TWS come with White and Blue accents for those who want to use them with a PlayStation console. Plus, there’s a Black and Green model for the Xbox users as well.

The TWS come with support for Active Noise Cancellation and have Chroma RGB lighting effects. The TWS come bundled with a USB-C audio transmitter alongside a USB-C to USB-A adapter, since there’s no USB-C port on the Xbox Series X and Xbox Series S consoles.

Both models support 2.4GHz wireless and Bluetooth 5.2 for pairing with mobile devices. The Xbox version of the Razer Hammerhead HyperSpeed, however, is supposedly the definitive model, as it can connect to Xbox consoles and even to PlayStation consoles.

That being said, if you are interested in the PlayStation-themed Razer Hammerhead HyperSpeed and own a PlayStation console in the first place, you are better off with the respective model, compatibility limitations regardless.

According to Razer, the Razer Hammerhead HyperSpeed USB-C transmitter delivers low-latency audio performance, ranging from 25ms to 35ms. The TWS are touted to deliver up to 30 hours of battery backup with the charging case. The individual buds are claimed to last around 8 hours on a single charge. Lastly, the Razer Hammerhead HyperSpeed sport dual “environmental noise canceling” microphones, which are claimed to provide clear vocals.

What are your thoughts on the newly launched Razer Hammerhead HyperSpeed? Let us know in the comments section below.