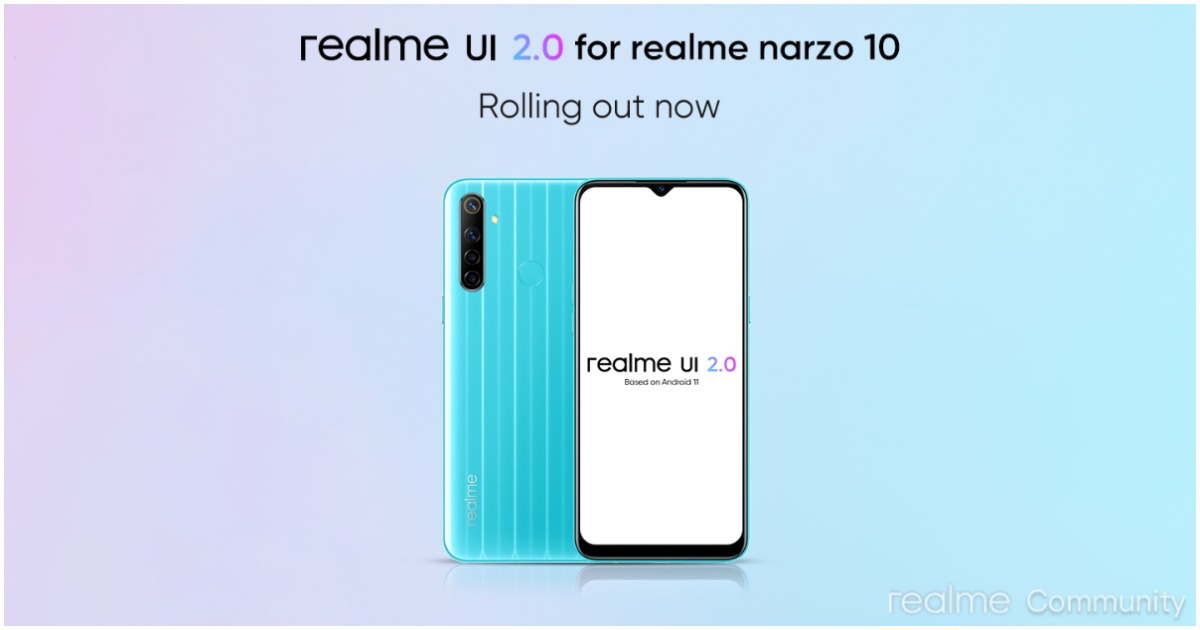 Realme has published on its official forum that the Realme Narzo 10 Android 11 update has firmware version RMX2040_11_A.47. The update is rolling out in stages, which means that it will be rolled out to a small number of users initially. A wider rollout will happen when Realme makes sure that this new build has no critical bugs.

With the new Android 11 update, the software gets a new UI on the Realme Narzo 10. It also gets support for third-party icon customisations on the home screen, three Dark Mode styles (Enhanced, Medium, and Gentle). The company also has added weather animations in this new software update. The new software release even brings access to HeyTap Cloud for backing up data to the cloud.

Personalize the user interface to make it your own

Have you received the Android 11 update on your Realme Narzo 10? Do let us know in the comments section below.