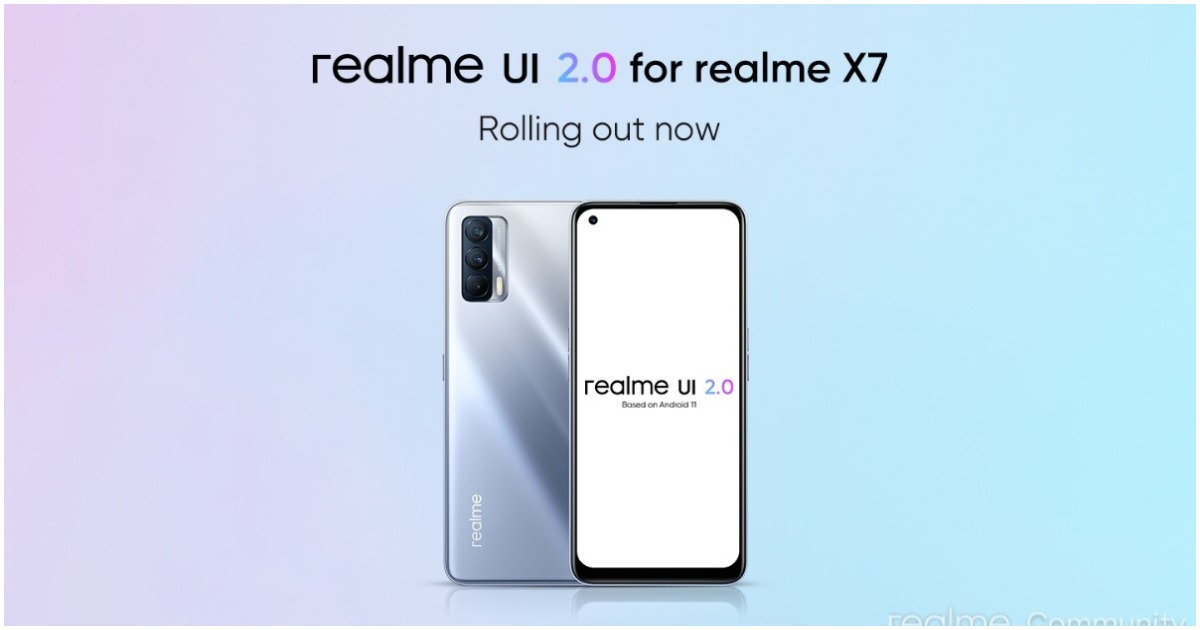 As per the details released by Realme on its official forum, the Android 11 update for the Realme X7 is currently rolling out in batches. The new software update carries a firmware version as RMX3092_11.C.05. As per Realme, you need to make sure that your phone is running one of the following firmware versions to receive the Android 11-based Realme UI 2.0 update:

Moving onto the official changelog, you get a fresh Realme UI 2.0 interface which includes features like one-time permissions, chat bubbles, notification history, Dark Mode with three styles, and much more. Here’s the changelog of the Android 11-based Realme UI 2.0 for the Realme X7:

Personalise the user interface to make it your own

As mentioned above, the update is currently rolling out in stages. Realme should widen the reach of the update when it makes sure that the new Android 11-based Realme UI 2.0 build doesn’t contain any critical bug.

Have you received the Android 11 update on your Realme X7? Do let us know in the comments below.