Realme recently launched the Realme 7 and the Realme 7 Pro a few days ago. Today, the company has announced that it will unveil three new performance-oriented mid-range smartphones—Narzo 20A, Narzo 20, and the Narzo 20 Pro—in India on September 21 at 12:30 PM. These smartphones could use MediaTek processors, but only time will reveal their complete specifications.

Realme will also detail the Realme UI 2.0 operating system that is based on Android 11. Recently, the company rolled out the Realme UI 2.0 to a few beta testers who own the Realme X50 Pro smartphones. The company is trying to iron out the bugs and performance issues so that it can release it as soon as possible. 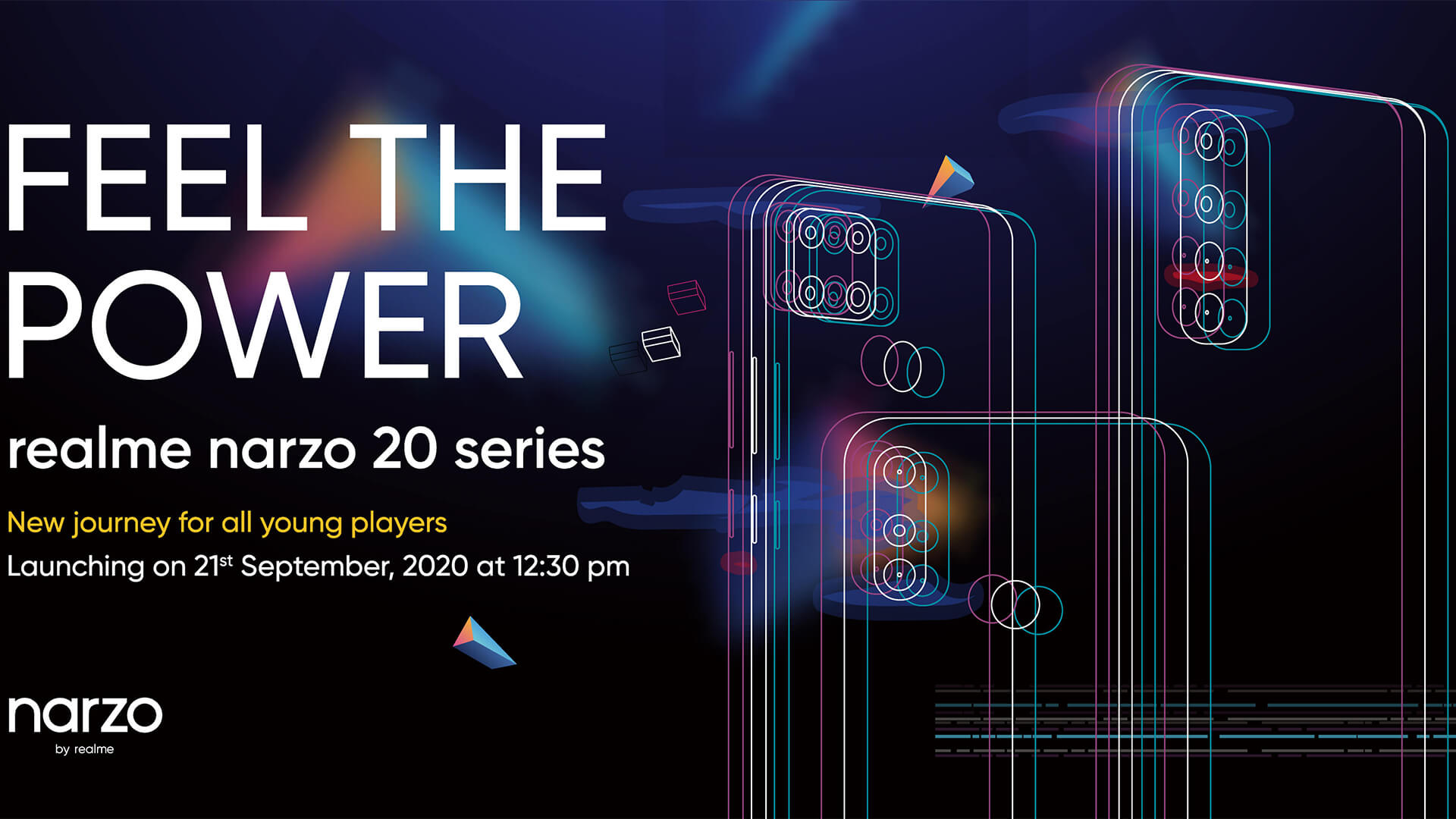